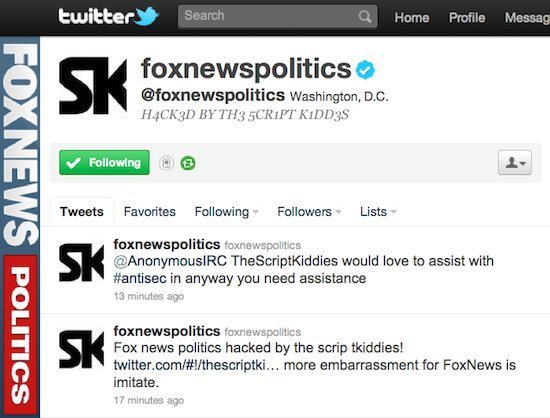 
THN talk with "The Script Kiddies" Group. They Reply :
"We are a new group called The Script Kiddies. As i have stated in past interviews we do have connections to anonymous, however this does not represent them in anyway. personally I have been part of many hacks leading back to HBgary and #operationPyaback with anonymous. we will not go into details about how we have acquired Fox news twitter account. We do have several email accounts belonging to fox news. As far as our security i obviously can't go into details, but i have faith that the members of the script kiddies will remain hidden. We have no announced plans for future attacks, we have brainstormed several ideas. we will be contributing to #antisec in the future but we have found nothing of value within fox to add to the leaks.The updates about Obama are the result of boards script kiddies members after we found no information to leak to anonymous".


The Scriptkiddies group began a campaign of misinformation which first attempted to trick followers into believing the account was back in Fox News' control, before reporting that President Obama had been shot and had then died: 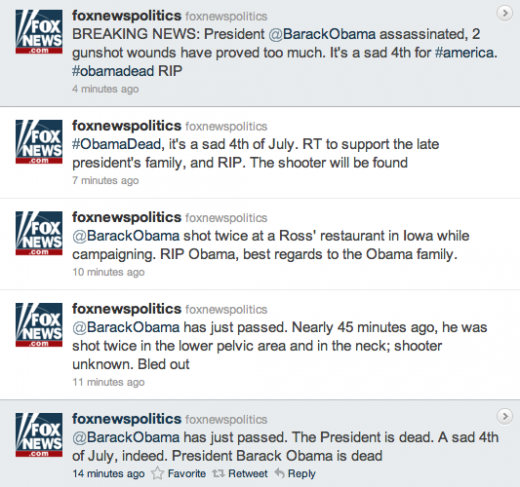