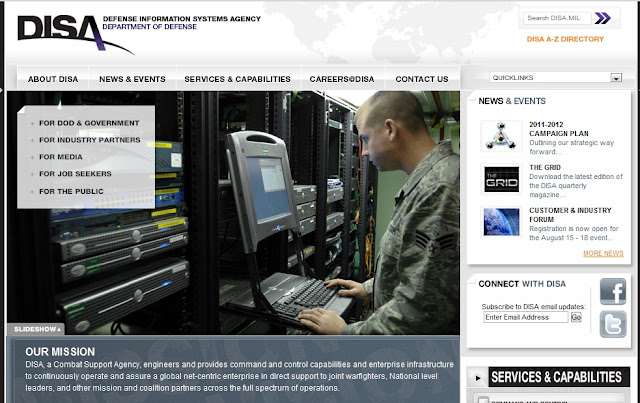 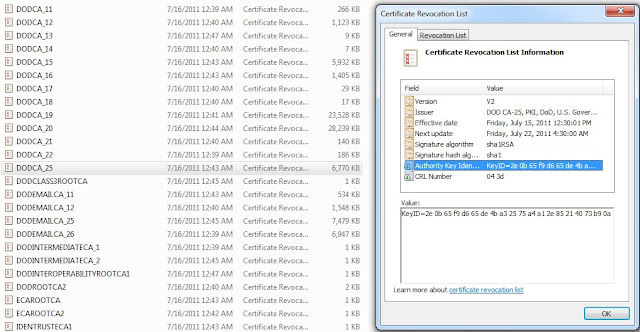 Reason of Hacking is Freedom of Libyan nation, Hackers blaming U.S govt. for that they are killing Libyan for OIL.


DISA is a Combat Support Agency comprised of 16,000 people – military, federal civilian, and our contractor partners. They connect the enterprise – the forces, users, and partners globally, from user to user – where information is produced and consumed at speeds and in quantities never before imagined. Together with their partners, they provide the network, computing infrastructure, and enterprise services to support information sharing and decision making no matter where the information is located or sourced. DISA facilitate use of real time intelligence, surveillance, and reconnaissance information to enable information exchange between the producer and the shooter. They work with our mission partners to provide technology and seamless exchange of information so that anyone who can connect to the network can provide and consume data and services anywhere on the network globally.

Here we are THE CRAZIES it's our first jump in public because we fed up..


Here's a view details about 5% of the whole pulled files uploaded and published for public access.
If the U.S department. Didn't pay enough attention for respecting freedom and the voice of the Libyan nation. HANDS OF LIBYA STOP KILLING FOR OIL
Then many files will be published within less than week, as it's already uploaded and ready to submit at any moment!
Anonymous inj3ct0r and lulz security. We're fully supporting you and supporting any others who wants to get those carnivores that lives on sucking the civilians' blood as far as we saw that happening in LIBYA! and before that in Iraq and Afghanistan and many others. We'll expose them because we had enough of their thoughts and calls for fake freedom .
The crazies are done following orders Here's a sample link: to view certificates only other files may be harmful for them so in the mean while certificates are enough as a proof and we're serous about what we just said
https://www.mediafire.com/?dvli58a9logojld
https://www.mediafire.com/?k8z168aazj6s1k8
Many other parts are still out there pending @_@


Update :
With Further Investigation we got that Hackers get all These Certificate revocation lists (CRLs) from https://crl.chamb.disa.mil/ 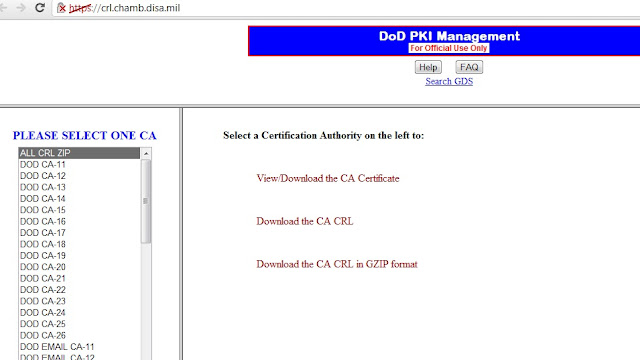 Site Mention that its only "For Official Use Only", but available openly for everyone.