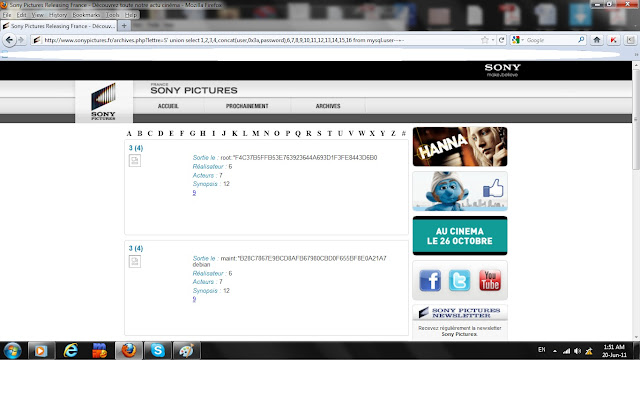 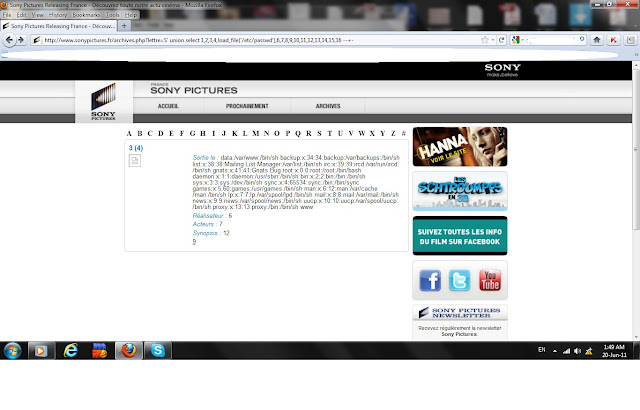 Idahc the Lebanese hacker did a duet with his French friend Auth3ntiq on Sony Pictures France (https://www.sonypictures.fr/) . In a pastebin post declared again that they are not black hat hackers. Possibly in a ruch but this time they didn't state that they are gray hat hackers. Using another SQLi, the data breach included the /etc/passwd file dump. According to Hacker, There are 177172 found in database, some of them are posted in pastebin.