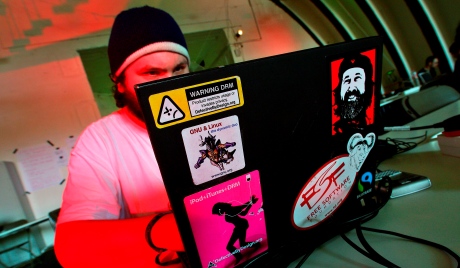 Computer hackers shut down Al-Qaida's ability to communicate its messages to the world through the Internet. Al-Qaida's online communications have been temporarily crippled.The attack was carried out within the past few days by unknown hackers targeting al-Qaida's Internet communications systems.

According to Kohlmann,"My guess is that it will take them at least several days more to repair the damage and get their network up and functioning again,".

A year ago, Al-Qaida's Internet communications suffered a similar hacker attack. British newspapers reported earlier this month that the the UK government hacked into an al-Qaida website last year and inserted recipes for making cupcakes in place of instructions on how to build bombs. The target was the group's English language magazine, "Inspire," intended for Muslims in the West. The magazine is the product of al-Qaida in the Arabian Peninsula, based in Yemen.Story: UK spies hack al-Qaida, replace bomb info with cupcake recipes Instead of an article called "Make a Bomb in the Kitchen of Your Mom," the online magazine contained recipes from a book assembled by talk show host Ellen DeGeneres. It took the terrorist group nearly two weeks to restore its original posting. Kohlmann said the latest incident "once again appears to bear the telltale fingerprints of government-sponsored hackers."