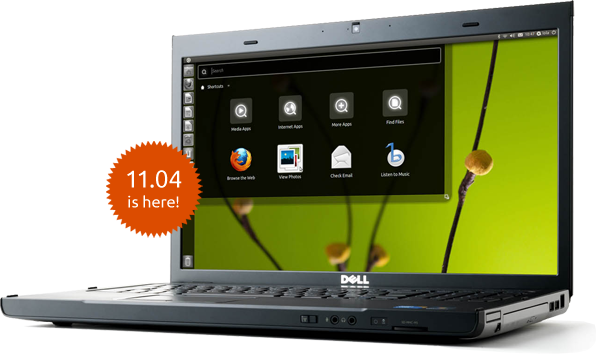 For those of you watching Ubuntu's website recently, you may have noticed a new version of the popular and easy to use variant of Linux has been surfaced - Natty Narwal. It can be downloaded from the previously linked site free of charge. Among the various new features, the Unity interface is set as the default UI, and includes the launcher (an OS X like dock), the dash (a popup menu with user defined shortcuts), and workspaces (a virtual desktop manager). According to the Ubuntu website, the OS can boot in as little as 7 seconds (following POST).

Driving all of this eye candy is Gnome 2.32.1 (according to Ubuntu Vibes). If your current equipment is not capable of Unity, the classic desktop experience will kick in as to keep you moving along with minimal lag. Those of you wanting to experiment with Gnome 3, it cannot be installed via the Ubuntu repositories, and there have been reports of system instabilities post installation, though there is a workaround. If you're ready to install, there are 3 options for download, one for a CD/USB stick type installation, another to create a second boot partition alongside windows, and another for a standard standalone installation. The downloads are a one size fits all affair -- no longer is the Ubuntu Netbook edition or Desktop edition; there's just a single download for all platforms.