Anonymous takes down Sony Pictures US and UK sites ! 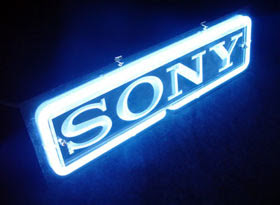 The Sony PS3 console was "hacked" or more appropriately, jail broken, by iPhone hacker, Geohot. Anonymous managed to reverse engineer his own PlayStation 3 to run home brew applications on it.And then later released the method to the public, through his site, geohot.com

Sony hit Anonymous with a lawsuit and demanded social media sites, including YouTube to hand over IP addresses of people who visited Geohot's social pages/videos.Pay pal have granted access to Sony for them to view Geohot's Pay Pal account. The judge of the case has given permission to Sony to view the IP addresses of everyone who visited geohot.com Sony are also after another group of hackers for the same case.

The PS3 hack which GeoHot released can be compared to the "unlocking" of a phone. i.e. Once you purchase the phone, it's yours, you can do whatever it is you want with it.


January 11, 2011 - Sony sues GeoHot and others, on 8 claims, including violation of the DMCA, computer fraud, and copyright infringement.

March 6, 2011 - The court issued an approval that Sony's lawyers were allowed access to all the IP addresses of all the people who visited geohot's blog

What needs to be done and why:
Anonymous can not, and will not allow Sony to censor information. If anyone purchase something, it is ours, anyone can do what anyone like with it. GeoHot specifically jailbroke the PS3 to enable the use of homebrew applications, piracy was not possible with GeoHot's exploit, not that it would matter anyway.

It is the duty of Anonymous to help out this young lad, and to protest against Sony's censorship. The objective of this operation is to DDoS Sony's websites, as a form of protest. We need media outlets to comment on these DDoS's and why they're taking place. Taking down Sony sites will create a shitstorm of news reports.

Remember, prevention is the best cure. If companies can get away with doing this today, imagine what they'll be able to do in the future. It's better to be pissed OFF, than pissed ON.

1.) jailbreaking the iphone is legal, and a challenge to the court was rejected
2.) the xbox360 modder case was also dismissed, and both geohot and 360 modder are charged with the same "crime," a violation of the DMCA that is questionable at best.
3.) Geohot is in CIVIL court, not criminal court
4.) the judge is trying to move the trial from new jersey, where geohot lives, to California, where Sony knows there are more right leaning judges to hear the case
5.) geohots mod only re-enabled the option to install Linux, a feature that was present when the system was purchased.
6.) geohot never signed into the PlayStation network with his PS3, and never agreed to the terms of service that changed AFTER he already purchased the system

Where do Anonymous start?
Sony is a very hard target to DDoS, and due to the current firepower we have, we cannot take out their bigger sites. Luckily for Anonymous, Sony have many other smaller sites. DDoS'ing each of these will attract a lot of attention and more users to the network. For each site Anonymous take down of theirs, our firepower will increase.
When Anonymous have hundreds in the hive, Anonymous will go for the massive targets.

NOTE: Anonymous Don't know if this has been brought to attention before, but as yet another form of censorship, Sony's Blue ray player in the PS3 now mutes the audio of any burned CD/DVD, meaning when you watch a movie... about 20 mins in, the audio will Mute and a message will come up saying it has been muted due to copyright laws.

This ties in to operation Payback and I think it should be brought to attention. May help get people in the hive.