The Next Target of Anonymous Hackers is Warnerbrosrecords.com, They Release a note with reason of it, as given below ... 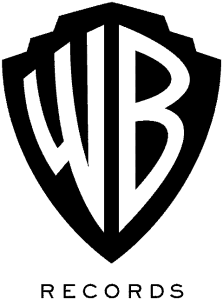 Reason :
Limewire has been sued for 75 TRILLION Dollars by 13 record companies.
Every single US household would have to spend all of its income buying
nothing but music for over 13 years in order to arrive at what the
music industry has deemed a reasonable settlement.

Limewire, the plaintiffs allege, owes them between US$400 billion and
US$75 trillion. The latter, written out, comes to 75,000,000,000,000. Even the lower figure of $400 billion still amounts to seven percent of total household income in the entire country.

The idea that the industry could ask for trillions in damages apparently springs from a previous success against Usenet in 2009, in which copying of a relatively small number of works (878) was multiplied by the maximum
penalty to arrive at a damages bill close to US$6.6 million.

However, in this case – which involves a large number of infringers – the judge has said "allowing Plaintiffs to recover multiple awards per work based on the number of direct infringers is untenable".

IRC Channel to Get connected With Anonymous :
https://irc.lc/AnonOps/operationpayback