Internal Affairs may be next target for #Anonymous ! 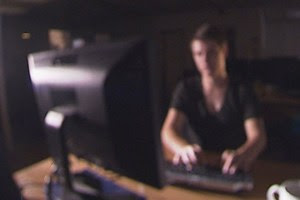 There's confusion tonight as to whether international cyber vandals have tried to hack websites run by the Department of Internal Affairs.

They use YouTube to threaten - and now it's New Zealand's turn.

"On March 28, at approximately 5pm Eastern Standard Time, a series of coordinated anonymous server attacks will be carried out on the New Zealand Department of Internal Affairs website," says their video.
March 28 is next Monday, but since Tuesday this week the Internal Affairs website has been frequently off line, and the Civil Defence website has had to move to a temporary server.
But it might not be an Anonymous attack.
"Usually when they take a site down they will leave a message up saying 'we've done this' and why and how long it will go on for," says Technology Writer Dylan Moran.
If it is Anonymous - and no-one knows - it would be because they oppose Internal Affairs' "net filter" - which aims to stop New Zealanders accessing child porn websites.

"If there ISP is signed up to that filter they would get diverted to a DIA page which would say 'sorry, you can't go any further'," says Vikram Kumar of Internet NZ.

The filter's been in place since March last year and by December, 76,037 attempts had been blocked, with half a million users being monitored.

Those numbers will be even higher, now telecom and vodafone are involved.
So why would Anonymous be against it?

"Filtering by the government is a slippery slope the difference between New Zealand and China is just a matter of degree," says Mr Kumar.

Internal Affairs says there's no reason to believe it's website problems are because of Anonymous, but it doesn't know what's happened. Until the problem's sorted, it's having to deal with a lot more phone inquiries.
And it's possible that come Monday, the Department's problems will be even greater.