March 12, 2011Mohit Kumar
Labor woes. Steroids. Corrupt college programs. There are many serious issues facing the sports world. But they all are a distant second to one other. It's someone so skilled, so savvy, that you may not have even heard of him. 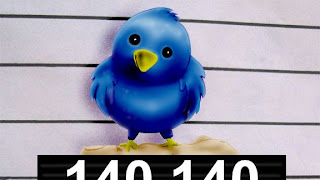 The Twitter Hacker.
Let's start at the beginning. Or what could be the beginning. The Twitter Hacker is so stealthy and subtle that there's no way to know when he began hacking into the accounts of our athletes. But one of the first cases that caught some attention came last May when the following appeared on the Twitter account of Boston Celtics forward Paul Pierce after the Celtics took a 2-0 lead over the Magic in the Eastern Conference finals: "Anybody got a BROOM?"

Ha! A confident athlete talking trash. Nothing remotely out of the ordinary there.

But soon after, Pierce's digital media rep claimed that tweet did not come from Pierce, claiming the "BROOM" tweet was "courtesy of a hack." And that they were "looking into it."

Odd, because in the postgame press conference, Pierce had said, "We're coming home to close it out" -- not too far off from the "broom" line. Why would someone bother to hack into his account to post just one line, a line that sounded like it came from Paul Pierce?

Who knows. But Pierce's people were looking into the Twitter Hacker. And so was I.

And then right after that:

"I'll take one for the team lol"

It was a fairly innocuous series of tweets. Especially compared to much of what is posted on Twitter. Someone noting the connection between the Kardashians and sports titles? A male stating he finds Kim Kardashian attractive? Nothing out of the ordinary there. It would be weirder for an American male to state he is NOT attracted to Kim Kardashian. Perhaps Lawson's tweet was stated in a somewhat crude manner, but again ... we're talking about Twitter.

But then something strange happened. Lawson claimed someone else had been using his phone and Twitter account, distancing himself from the Kardashian tweets.

"man..apparently someone found my phone i lost last night at k street...i apologize for all the tweets sent out today it wasnt me"

Very peculiar. So Lawson would like us to believe that someone found a random phone, realized it was the phone of the Nuggets' backup point guard, accessed Twitter and decided to post -- not something ridiculous like: "I like to eat puppies!" or "I'm way better than Chauncey Billups" -- but, basically: "I find Kim Kardashian attractive." Very peculiar indeed.

In July the Twitter Hacker went silent. Was it just a brief spree of hacking? Perhaps Twitter had solved its seemingly sieve-like security that made it so easy to hack into users' accounts to post reasonable things?

No. In August the Twitter Hacker returned with a vengeance. Dolphins running back Ricky Williams claimed his account had been hacked. Then on the account of Carmelo Anthony this appeared: "I got 5k for whoever see @ihatekatstacks and slap the s**t out her pigeon face a**. Real talk. U f****d with the right one now." Then, on his yFrog account, a picture of $5,000 was posted. (If you're not up on your Twitter beefs, Kat Stacks had been feuding with Anthony's wife, LaLa Vazquez.)

Anthony then backed off from the posts, claiming his account was hacked. So the Twitter Hacker now not only had the ability to hack into Twitter accounts, but had expanded to other services, as well -- in this case Carmelo's yFrog account to post a photo of cash. The Twitter Hacker's powers were growing. Yet he was still putting up posts the real account holder might actually write. Diabolical.

In November, after the Redskins extended Donovan McNabb's contract, this appeared on Terrell Owens' Twitter: "How do u justify a 78 million contract w/this type of performance?" Well said. It was what everyone was thinking. And saying. And as everyone knows, Owens and McNabb have a bit of a history.

But then Owens claimed his brother had posted that. Whose brother posts on their Twitter account without permission? Was Owens' brother the Twitter Hacker? It was starting to get very confusing.

December. A picture of the male nether region appears on the Twitter of Rasual Butler of the Clippers. He then claims it was the work of the Twitter Hacker: "I'm not gonna respond anymore to this foolishness! that wasn't me it was a DM pic some hacked in and it put there! I know the truth!"

So the Twitter Hacker's powers had expanded again. Now he was using the service's DM -- or Direct Message -- functions in his hacks. And, for the first time, he had posted a picture of genitalia. A bit beyond Pierce's tame "BROOM" tweet, sure. But Butler also wouldn't be the first athlete to take a picture of his junk. But, no ... it was the work of the Twitter Hacker. DAMN YOU, TWITTER HACKER!!!

Later in December this appears on the account of Sixers rookie Evan Turner: "I like applesauce. Anyone else???" Turner later claimed that tweet was not from him. He said teammate Andre Iguodala was messing with his phone. Is Iguodala the Twitter Hacker? No, probably not. He's just good at playing pranks on his teammates and making them look stupid. Very good, in fact. So this was a bit of a dead end in the hunt for the Twitter Hacker. Let's continue ...

The trail picks up again in the New Year. The college football site Everyday Should Be Saturday highlights obscene tweets that were posted to the account of former Florida Gators player Will Hill over a series of months, including photos of Hill on the account. Hill then claims his Twitter had been hacked. Hacked for months, apparently. Oh, you're good, Twitter Hacker. You're really good.

February: Texas point guard J'Covan Brown gets pulled from a game against Oklahoma. After the game on Brown's Twitter there appeared profane posts complaining about sitting. Not inconceivable. No athlete likes to get pulled from a game. But, no. It wasn't Brown. It was his cousin posting on his account, Brown claimed.

Who knows. I could be wrong. And if I am, this entire column was not written by me. It was the work of the Column Hacker!!!