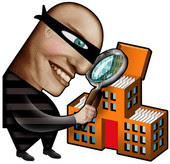 The Irish job website RecruitIreland.com was hacked last week, resulting in breached systems and the theft of the credentials of 400,000 users.
The website was temporarily taken offline after the breach was discovered last Tuesday.
A statement on the website read that the company had informed Britain's Data Protection Commissioner.
"The present indicators are that our database was breached to get email addresses and names for spamming,'" the statement read.
"We shut down access to the site and database at 2pm and immediately informed the Data Protection Commissioner and the Gardai [Irish police].
"We take this incident and any attempted breach of our database extremely seriously and this is being investigated internally by our own people."
Despite assuring job seekers that no other data such as usernames or passwords were stolen the recruiter advised its members to change their login credentials.
And it said users had received spam emails claiming to offer a job.
"Clearly it is a ghastly situation for the RecruitIreland website and its users have been left exposed by the security breach," said Graham Cluley, senior technology consultant at Sophos.
"Questions will no doubt be asked as to why the sensitive information was not held securely (was encryption being used?) and how it was possible for hackers to steal such valuable data.
"It isn't much consolation to the Irish workers who have had their details exposed in this hack, but this is not the first time that cyber criminals have targeted recruitment websites."
The Republic of Ireland was stumbling through a long recession and the effect of the bursting of a property price bubble that severely impacted all sectors of the economy while leading to a brain drain of workers from the country.