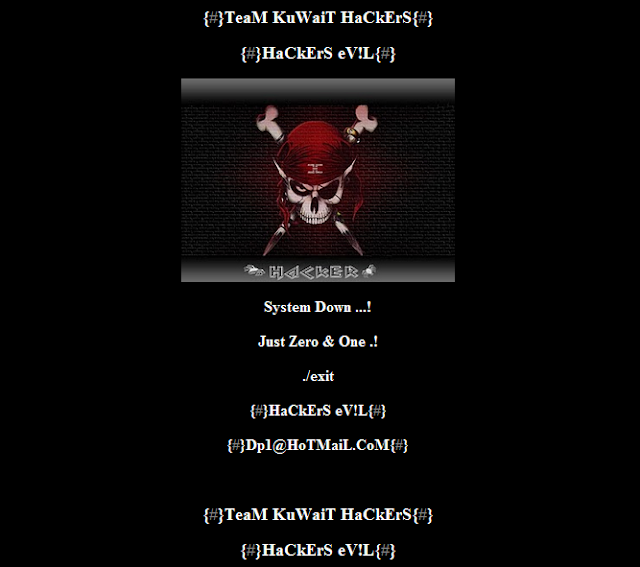 A number of Israeli websites were hacked over the weekend by a group that calls itself Team Kuwait Hackers.

Debbie Goldsmith, a director at the site Aardvark Israel, said that on Saturday night, instead of offering explanations about gap-year programs in Israel, the site showed "a countdown and a clickable button, accompanied by eerie music. It sounded like Muslim prayers."

Later Saturday, the site showed a message in Arabic with a picture of a Koran, as well as the message: "TeaM KuWaiT HaCkErS – HaCkErS eV!L."

The Team Kuwait Hackers brags on its Facebook page that they are "The BestHaCkeRs iN The World," but Zilberman explained that the group used a simple method to take down the Israeli Web pages.

"They use search engines to find sites with weaknesses that they can take advantage of," Zilberman said. "When they find ones that interest them, they use their method."

Zilberman said that sites that use open-source code are easier for hackers to overtake.

"Millions of people use open-source codes around the world," he said, mentioning blogging platforms like Live- Journal and WordPress as examples. He added that it is easy for a professional to protect a site against this simple hacking strategy.

Also last weekend, Turkish hackers took over Arutz Meir, an Israeli site focused on Torah education. The site displayed a photo of a boy in a keffiyeh flashing a V for victory, with the message "stop supporting baby-killers."

The site's management said that it thought a Turkish group targeted their site because it had featured an interview with a Turkish man who converted to Judaism.

In early February, Pro-Palestinian hackers broke into the website of the Israel Trauma Coalition, replacing its home page with the words: "Virtual protests will continue...! Everything for Palestine!"

A group called the Gaza Hackers Team posted slurs and a photo of a Palestinian child beside an Israeli tank on the website of the Jewish People Policy Institute.