Press Release - Who are Anonymous & What Anonymous represents ! 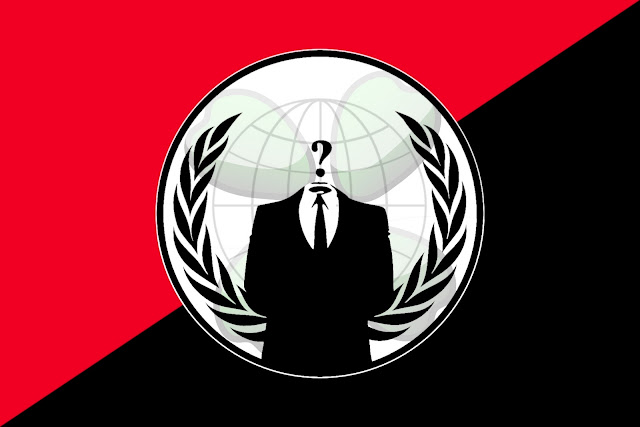 Just now, Anonymous hackers Release a new press note for the people of world. The words are as given below :

Dear Citizens of the World.


There has been some confusion among the media about who/what anonymous is/represents. There have also been questions asked about the input from Anonymous during the current global revolution.
Anonymous is an online pool of consciousness, sometimes we create a force towards a similar direction which could manifest in revolution. Anonymous has NO leader. We are one. We are many. One does not speak for many. Many do not speak for all. No one speaks for all. We come from all walks of life. All age, race, sex, places. We have no ideologies. We have every ideology imaginable. We have no goals. We have every goal imaginable. To understand Anonymous would be to understand our universe. Anonymous can not be labelled, blamed or made a scapegoat. To blame Anonymous would be to blame the citizens of the world. There is no discrimination in Anonymous unless you do not have an internet connection. We do not work with post.
No one speaks for Anonymous. Nothing is official. No videos. No operations. Not even this press release, even though it was created by an Anonymous number of Anonymous at an Anonymous time in an Anonymous place and uploaded Anonymously, it does not speak for Anonymous.

At this current time the worldwide events have attracted the attention of many Anonymous. We are shocked. We have witness the violation of human rights, basic human freedoms, media manipulation and unlawful government scare tactics and genocide. Anonymous is everywhere. We see everything. We never sleep, while one side of the world slumber the other awakens. We are active, always.
We do not take sides, we do not believe in sides. We are not followers. We are our own leaders on our own journey. Many Anonymous uphold the law of the land, human rights and freedom of speech, but we are many. We can not speak for all. We know that the following countries Albania, Algeria, Argentina, Australia, Bangladesh, Belgium, Bahrain, Canada, Chile, Cuba, Cyprus, Egypt, Greece, Honduras, India, Ireland, Israel, Italy, Jordan, Tunisia, Turkey, United Kingdom, United States of America, Venezuela and Yemen are under protest and are watching them. We are with them. We are them. Where the weak stand together to demand freedom we will stand with them. We are not terrorists. We are freedom fighters, helping to give voices to the voiceless.
We are more than you think. Trying to stop Anonymous is like trying to stop a tsunami with a surfboard, to try to hit a lighting bolt with an umbrella, to douse a fire away with petrol, or to fist fight the earth.
The time has come for the people of the world to unite. You can not wait for a revolution. You are the revolution. We are the revolution. Our strength is in numbers. The time is now. Every time you decide not to exercise your rights, every time you do not deny ignorance, every time you give your money to a corporate business you are contributing to the oppression of the human race. Anonymous is calling for your help. The people of the world are calling for your help.
We do it because we can. We do it for the future, of our children and all life on this planet. We do it because we see lies and deceit. We do it because every digital account is fuelled with the strength of human emotion, but mostly we do it for the lulz.
Anonymous are the people. The people are Anonymous. Now you can be Anonymous.
Join us.