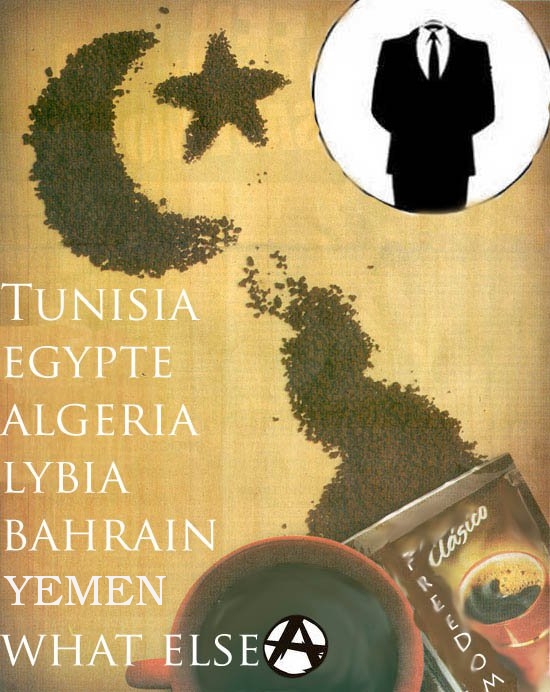 We are Anonymous. We are everywhere. And we fight for freedom. We fight for free speech. We fight against censorship. Together with the citizens of the world we are strong. The actions of the regimes will not be forgotten, nor will they be forgiven.
Anonymous hears those cries, and we will assist in bringing to justice those who commit criminal acts against the innocent. We will not remain silent and let these crimes against humanity continue.
Say no to Censorship and dictatorship.
Join Us. Spread news.
Al Jazzera Live Stream
Twitter
IRC
We are Anonymous.
We are legion.
We do not forgive.
We do not forget.
Expect us.
Anonymous Hackers - People That Change the World
Stay Tuned ;-)
News Source : Anonymous Hackers | Via Email