An Open Letter to PayPal from Anonymous Hackers ! 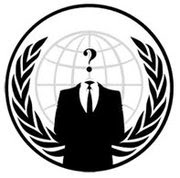 Just Now Anonymous Hackers Publish and open letter to Paypal , The Copy of Letter is as Given Below :

Dear PayPal staff,
In recent news (reference below) we took notice that you froze the account of Courage to Resist,
the organization raising funds for legal support of U.S. Army Pfc. Bradley Manning.
We regret to learn that after the massive protest in December 2010, PayPal has yet to appreciate
the untenable position they have found themselves in. PayPal stands at the epicenter of the
conflict of interests between the United States government and the First Amendment of the
United States Constitution. You are already aware that Bradley Manning's motives and reasoning
are politically grounded. However, his motives and/or reasoning are not and should not be any
concern to you. Additionally, by refusing to process the aforementioned legal funds you are
patently interfering with the defendant's financial and legal resources, thus curtailing his rights to
a fair trial and freedom of speech.
We urge you to take immediate action by unfreezing Courage to Resist's account and to maintain
a neutral position.
We would also like to learn the real reason why Bradley Manning's support was cut off. Based
on how long PayPal was aware of Mr. Manning's situation and the subsequent controversy
surrounding him, it is doubtful that the current course of action is spontaneous. That it took such
an extended time to rule on any violations of your terms of service is peculiar, at best.
We truly hope to avoid future protests against your company, such as those that occurred last
December. We hope you will show courage and integrity by standing up against the United
States Government's systematic abuse of first amendment rights.
Please consider our requests. You and your subsequent actions can make the difference.
Love and kisses,
Anonymous.
We are Legion.
We do not forgive.
We do not forget.
Expect us.
Source of Letter is : Click Here