Nintendo 3DS also got Hacked Within 24 Hours after Release ! 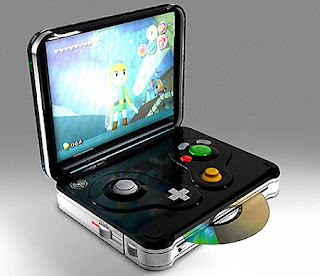 The new Nintendo 3DS didn't last 24 hours in Japan before hackers jailbroke the device to support Revolution For DS (R4) flash cards that play old Nintendo games.
Although R4 cards were built for Nintendo DS, the hackers show how they can use the storage cards to run homebrew and older Nintendo games from DS and GameBoy Color on the Nintendo 3DS, Afterdawn.com reports.
In the video below, two hackers show a Nintendo 3DS playing a DS version of "New Super Mario Brothers" stored on an R4 card. The hackers note in a superimposed caption that not all flash cards work, and that Nintendo will likely remove R4 cards from its whitelist:
"Let me just clear things up. This is not a 3DS flashcart. It is the R4 used on Dsi. It is not possible to play 3DS games from it. You can't use your current DS flashcart (no matter what brand) on it. The R4 team has managed to hack the 3DS in order to make it run. Nintendo has made a "whitelist," built into the 3DS. It's a lit that contains the names of all games that can be played on the 3DS. These guys have modified this list, making it possible to run their flashcart. There, you can not do this unless you hack the system yourself. Expect Nintendo to release a firmware update to block the R4 cards once again."
The highly-anticipated 3D mobile gaming system is set to launch in the United States on March 27, with 18 games, for $249.99.
Read PCMag's comparison of the Nintendo 3DS and Sony's Next Generation Portable (NGP).