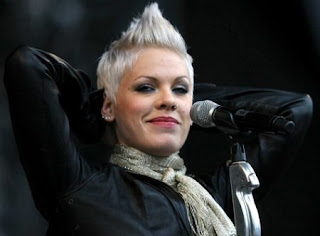 This morning, Rosa has been the target of an infamous pirate Twitter - her husband, Carey Hart!

After tweeted a video for its nearly three million supporters, she walked away. And then he entered Carey tweeted, "wow, I have the right shit so bad today ... .."

Later, he realized what he had done, and Twitter that "my man f3cking asshole just raped my Twitter account. I do not write this. My friends suck too much."

Then he said: "I go to sleep. Alone. Have fun on the couch monkey butt" after this "Dick Butch Walker @ RT @ pink ehh just do not have to leave the room we have on the computer. Boom!"