Jan 26, 2011Mohit Kumar
4chan users online bulletin board has been able to access the online information system used by student school district in New Jersey after the administrator password of the school was registered last week 4chan. 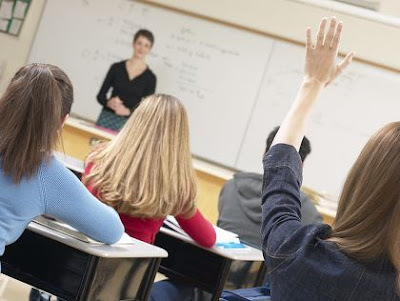 The trouble began last Tuesday, according to Plainfield Board of Education, which serves a small school district just west of Newark. It is when someone sends you a link to the login page and the name of the administrator ("admin") and password ("poopnugget) District Information System Genesis 4chan, forum popular, but anarchy is best known as the place where David Kernell posted information on the account of his previous burglary Alaska Governor Sarah Palin Yahoo e-mail.

web-based software used in Genesis about 160 schools in New Jersey to manage student records and to communicate with students and parents.

It is not clear how much damage was caused, but 4chan members began posting screenshots soon as they could mess with the school system. A screenshot shows the prices for school meals to recover $ 9,000 per meal. Another message says that "in every class are now elected, and requires only an honor for a graduate."

On another screen, it appears that the attacker could 4chan sent a message to students and parents with the school system of emergency notification, to send text messages and emails to parents in the event of a major disaster .

It is not clear whether the message is gone, but if it does, the parents would receive Plainfield technically accurate, but boring lesson on the difference between the Linux kernel and operating system GNU / Linux.

Acting Superintendent of the district, Ana Belin-Pyles, confirmed the violation in a statement posted on the website of the district on Saturday. There were no "violations of unauthorized computer system for the district in order to destroy electronic data and disrupting the school district," he said.

Although some residents are worried that student records can be tampered with, Belin-Pyles said that any damage to the system the information was, at worst, only temporarily. "There is no permanent damage to electronic files, and measures have been taken to remedy the situation and keep a security system," he wrote. School district did not respond to seeking comment for this story.

Genesis has solved the problem on Wednesday after discovering the stolen password, the company said. Friday, Genesis issued a brief note to clients that offer some basic tips to protect your password.

The case of a criminal investigation was opened, Belin-Pyles said.