Colorado Springs sent to prison for hacking into TSA computer ! 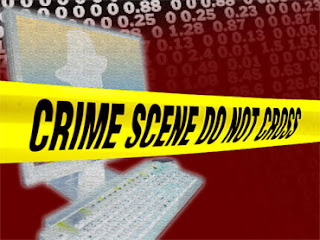 A federal judge Tuesday sentenced a Colorado Springs man to two years in prison for trying to damage a high-security government computer system used to screen airline passengers.
Judge David M. Ebel also ordered Douglas James Duchak to pay $60,587 in restitution to the U.S. Transportation Security Administration for repairs needed after he introduced a code into the system that would have disrupted the agency's ability to compare arrest warrants against the names of air travelers.
According to court records, the incident occurred on Oct. 23, 2009, while Duchak worked at the TSA's operations center in Colorado Springs, days after he had been notified by a TSA contractor that his job was about to be terminated.
Investigators said security cameras and other data showed Duchak entering the operation center after hours that night about the same time that the unauthorized code was entered. If activated, the code would have disrupted TSA's ability to vet names against its "no fly" list temporarily, court records stated.
Duchak tearfully apologized for his actions during the sentencing hearing in U.S. District Court in Denver, according to his defense attorney M. David Lindsey.
At the time of the incident, Lindsey said Duchak was under a lot of pressure. His wife was pregnant with their second child when he was notified that he was going to lose the job he had been working for about five years.
Lindsey said the judge agreed that the incident was an "anomaly" in an otherwise untarnished work history.
The defense and prosecutors disagreed on the extent of the damage caused by Duchak's actions, Lindsey said.
In October, Duchak pleaded guilty to one count of intentionally trying to damage a protected computer, a charge that has a penalty of up to 10 years in prison and a $250,000 fine.
As part of the plea agreement, Duchak will not be required to pay a fine, but he must undergo mental health treatment before serving three years of supervised release. Duchak remains free on bond pending his assignment to a federal prison.
News Source : Google