Dec 04, 2010Mohit Kumar
As if the wars on terror and drugs weren't keeping U.S. officials busy enough, the drum beats of cyberwar are increasing. 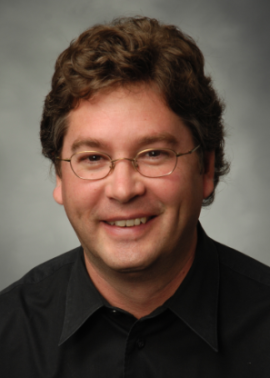 I'm worried we're not spending on [Internet security] defense at all. There's no way to divide and conquer networks. That is, we can't defend the military network or the SIPRNET but not defend the Internet because we're ignoring 90 percent of the risk. Most of the infrastructure in the U.S., 90 percent of it that's important, is controlled by corporations and private concerns, not by the government. The notion that we can protect military networks and not the rest of it just doesn't make any sense. That's one problem. The other problem is the Air Force has always been about domination in the air and taking away that capability from the enemy early and eradicating infrastructure. This notion of a 'no-fly zone' is kind of interesting. Unfortunately those tactics don't work in cyberspace because there is a completely different physics there. There is no such thing as taking ground or controlling air space in cyberspace. Things move at superhuman speed in cyberspace. So some of these guys who are good military tacticians are having a hard time with cyberwar policy and cyberdefense because of the analogies they're using.
You mentioned in your article that "in the end, somebody must pay for broken security and somebody must reward good security." Are you suggesting that we hold software makers liable for flaws?
McGraw: I don't know what the answer is. We need to change the discourse to be around how do we incentivize people to build better systems that are more secure and how do we disincentive building of insecure systems that are riddled with risk? As long as we can have that conversation then policy makers might be able to come up with right sort of levers to cause things to move in the right direction. We're not suggesting any particular approaches, like liability. We're just trying to change the discourse from being about war to being about security engineering.
Anything else?
McGraw: I think we are at risk and I do think cyberwar is a real problem we have to grapple with. But even though we are at risk, we need to have rational conversations about this. Too much FUD and hyperbole don't do anything to help the situation. The poor guys that are charged with setting policy have a hard time doing that because we're having the wrong conversation at the policy level right now.