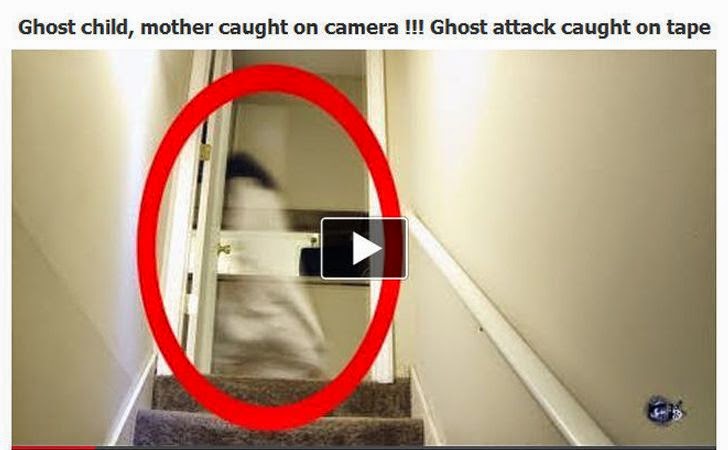 May 10, 2014Mohit Kumar
If your Facebook wall offers you any horror videos that claim to be of a real ghost spotted, don't dare to click on them, as it may be hoaxes, malwares or scams contained within which are the real horror for the online users. We have seen a lot of Facebook scams spreading through the Facebook timeline in wild that encourages users to click on it and fall victim, and this time some new horror scam campaign is going viral on Facebook. Christopher Boyd from the security firm Malwarebytes has discovered an epidemic of hoaxes making their way around Facebook with paranormal themes, including: Alleged footage of an "actual" ghost attack a video featuring the Aswang that is described as "a mythical shape-shifting were-dog/vampire/terrifying thing from the Philippines" a video of Mermaids claiming they are back! Video of a huge great white shark tearing apart a sea captain. Facebook has become one of the most popular social networking website with more than one billion
Next Page 
Popular This Week
17-Year-Old 'Mastermind', 2 Others Behind the Biggest Twitter Hack Arrested
US Government Warns of a New Strain of Chinese 'Taidoor' Virus
EU sanctions hackers from China, Russia, North Korea who're wanted by the FBI
Researcher Demonstrates 4 New Variants of HTTP Request Smuggling Attack
Apple Touch ID Flaw Could Have Let Attackers Hijack iCloud Accounts
Online Courses and Software