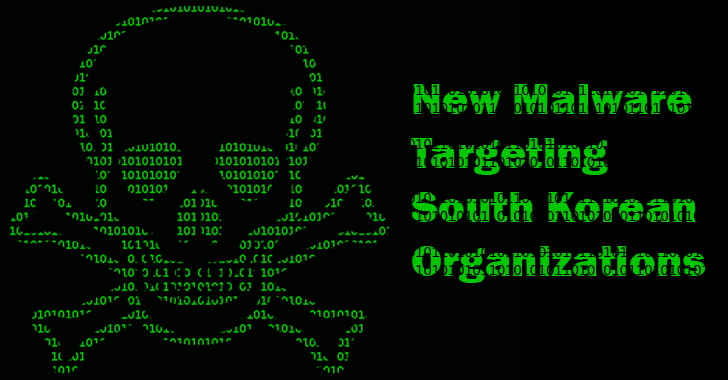 October 27, 2015Khyati Jain
Security researchers at Symantec have uncovered a new Backdoor Trojan that grants hackers remote access and some control over infected machines. " Duuzer ," as dubbed by the researchers, has been targeting organizations in South Korea and elsewhere in an attempt to steal valuable information. The Trojan is designed to infect both 32-bit and 64-bit computers running Windows 7, Windows Vista, and Windows XP. Duuzer gives attackers remote access to the compromised computer, allowing them to: Collect system and drive information Create, enumerate, and end processes Access, modify and delete files Upload and Download additional files Change the time attributes of files Execute malicious commands Steal data from infected system Know about victim's Operating System Duuzer Infects via Spear Phishing or Watering Hole Attacks It is currently unclear how the malware is being distributed, but according to Symantec Researchers, the most obvious routes ar 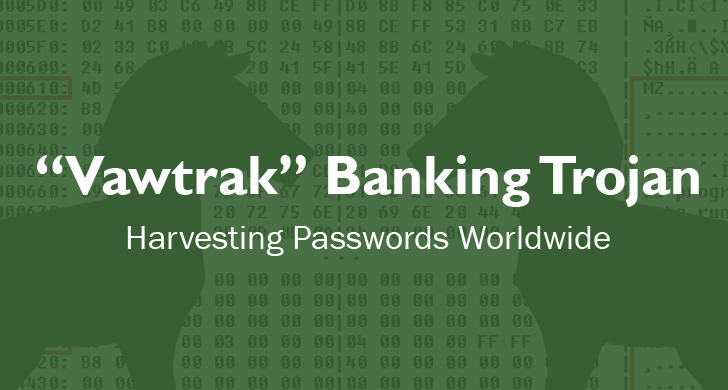 March 25, 2015Mohit Kumar
Security researcher has discovered some new features in the most dangerous Vawtrak , aka Neverquest , malware that allow it to send and receive data through encrypted favicons distributed over the secured Tor network . The researcher, Jakub Kroustek from AVG anti-virus firm, has provided an in-depth analysis ( PDF ) on the new and complex set of features of the malware which is considered to be one of the most dangerous threats in existence. Vawtrak is a sophisticated piece of malware in terms of supported features. It is capable of stealing financial information and executing transactions from the compromised computer remotely without leaving traces. The features include videos and screenshots capturing and launching man-in-the-middle attacks. HOW VAWTRAK SPREADS ? AVG anti-virus firm is warning users that it has discovered an ongoing campaign delivering Vawtrak to gain access to bank accounts visited by the victim and using the infamous Pony module in order to ste 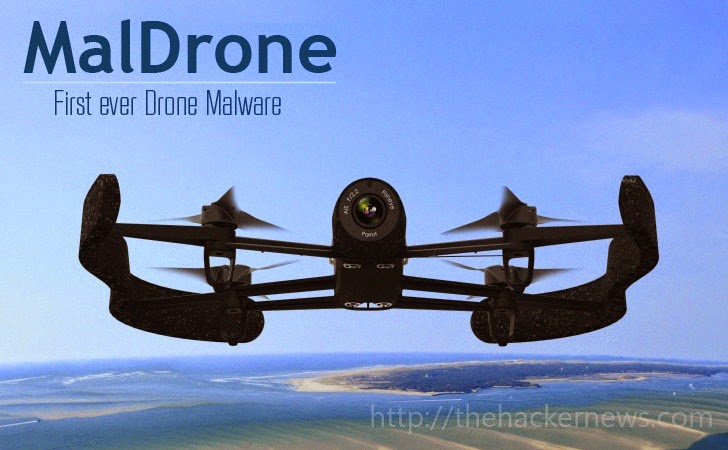 January 27, 2015Swati Khandelwal
The use of small Unmanned Aerial Vehicles (UAVs) called Drones is rapidly transforming the way we go to war. Drones were once used for land surveillance, Delivering Pizza's, then equipped with bombs that changed the way nations conduct war and last year, these hovering drones were also used to hack Smartphones. Recently, a security researcher has found a backdoor in the Parrot AR Drones manufactured by a French-based company, that could allow a malicious hacker to remotely hijacked the radio controlled flying quadcopter helicopter. The Parrot AR Drone, revealed at the International CES 2010 in Las Vegas, is a quadricopter helicopter which you can control with your smartphone or tablet. It features two built-in cameras, is easy to fly, and can be controlled without too much danger of it flipping over or smashing into things. FIRST EVER MALWARE FOR DRONES Security researcher, Rahul Sasi claimed to have developed the first ever backdoor malware for AR drone ARM L
Next Page 
Popular This Week
New Linux Malware Steals Call Details from VoIP Softswitch Systems
Report: 97% of Cybersecurity Companies Have Leaked Data on the Dark Web
FBI adds 5 Chinese APT41 hackers to its Cyber's Most Wanted List
New Raccoon Attack Could Let Attackers Break SSL/TLS Encryption
New Unpatched Bluetooth Flaw Lets Hackers Easily Target Nearby Devices
Hackers Stole $5.4 Million From Eterbase Cryptocurrency Exchange
Online Courses and Software