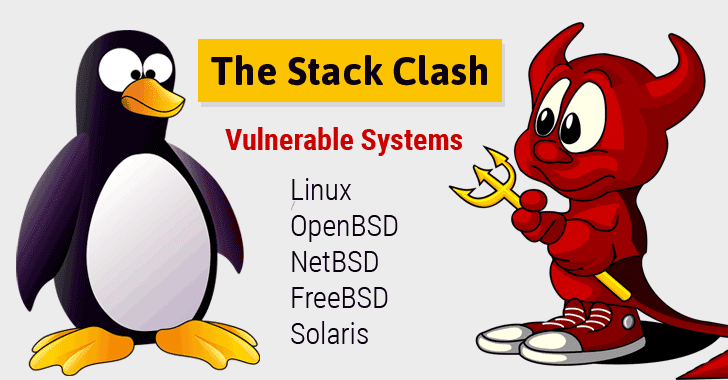 Jun 20, 2017
Update: Find working Exploits and Proof-of-Concepts at the bottom of this article. Security researchers have discovered more than a decade-old vulnerability in several Unix-based operating systems — including Linux, OpenBSD, NetBSD, FreeBSD and Solaris — which can be exploited by attackers to escalate their privileges to root, potentially leading to a full system takeover. Dubbed Stack Clash , the vulnerability ( CVE-2017-1000364 ) has been discovered in the way memory was being allocated on the stack for user space binaries. Exploiting Stack Clash Bug to Gain Root Access The explanation is simple: Each program uses a special memory region called the stack, which is used to store short-term data. It expands and contracts automatically during the execution of any program, depending upon the needs of that program. According to researchers at Qualys, who discovered and reported this bug, a malicious program can attempt to use more memory space than available on the stack, 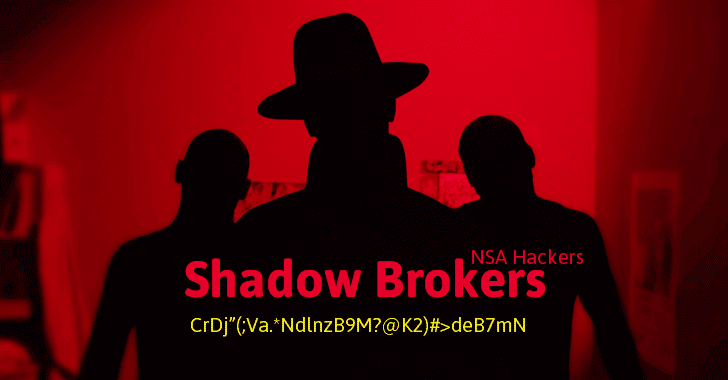 Apr 08, 2017
Remember The Shadow Brokers ? They are back. A hackers group that previously claimed to have stolen a bunch of hacking tools (malware, zero-day exploits, and implants) created by the NSA and gained popularity last year for leaking a portion of those tools is back. Today, The Shadow Brokers group released more alleged hacking tools and exploits that, the group claims, belonged to " Equation Group " – an elite cyber attack unit linked to the NSA. Besides dumping some NSA's hacking tools back in August 2016, the Shadow Brokers also released an encrypted cache of files containing more NSA's hacking tools and exploits in an auction, asking for 1 Million Bitcoins (around $568 Million). However, after failed auction , the group put up those hacking tools and exploits for direct sale on an underground website, categorizing them into a type — like "exploits," "Trojans," and "implant" — each of which ranged from 1 to 100 Bitcoins (fr
Next Page 
Trending News Stories
New Wave of Ransomware Attacks Exploiting VMware Bug to Target ESXi Servers
Atlassian's Jira Service Management Found Vulnerable to Critical Vulnerability
New High-Severity Vulnerabilities Discovered in Cisco IOx and F5 BIG-IP Products
Hackers Abused Microsoft's "Verified Publisher" OAuth Apps to Breach Corporate Email Accounts
OpenSSH Releases Patch for New Pre-Auth Double Free Vulnerability
PixPirate: New Android Banking Trojan Targeting Brazilian Financial Institutions
Warning: Hackers Actively Exploiting Zero-Day in Fortra's GoAnywhere MFT
Contributed Reports
Unlock the future of cybersecurity: Get your insider's guide to cybersecurity now!
Strengthen Your Security Posture with GitGuardian - Schedule a Demo
More Resources