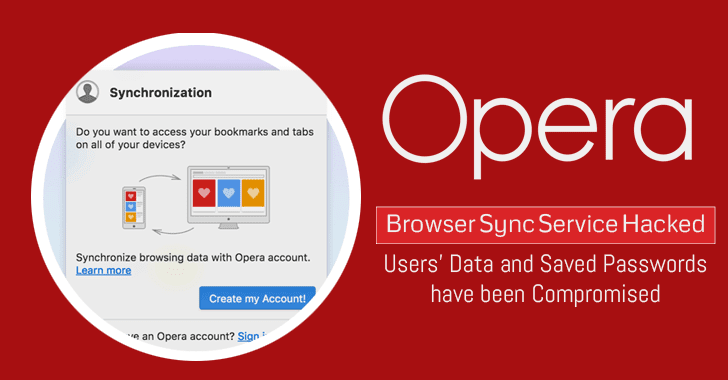 August 27, 2016Mohit Kumar
Opera has reset passwords of all users for one of its services after hackers were able to gain access to one of its Cloud servers this week. Opera Software reported a security breach last night, which affects all users of the sync feature of its web browser. So, if you've been using Opera's Cloud Sync service , which allows users to synchronize their browser data and settings across multiple platforms, you may have hacked your passwords, login names, and other sensitive data. Opera confirmed its server breach on Friday, saying the "attack was quickly blocked" but that it "believe some data, including some of [their] sync users' passwords and account information, such as login names, may have been compromised." Opera has around 350 Million users across its range products, but around 1.7 Million users using its Sync service had both their synchronized passwords as well as their authentication passwords leaked in the hack. Since the company has already reset pas
Next Page 