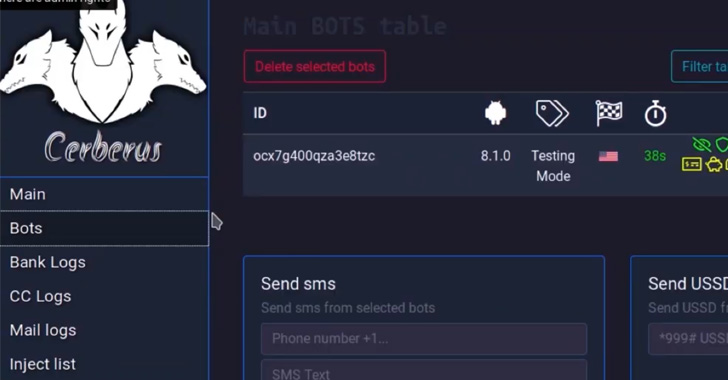 August 13, 2019Swati Khandelwal
After a few popular Android Trojans like  Anubis ,  Red Alert 2.0 ,  GM bot , and Exobot, quit their malware-as-a-service businesses, a new player has emerged on the Internet with similar capabilities to fill the gap, offering Android bot rental service to the masses. Dubbed " Cerberus ," the new remote access Trojan allows remote attackers to take total control over the infected Android devices and also comes with banking Trojan capabilities like the use of overlay attacks, SMS control, and contact list harvesting. According to the author of this malware, who is surprisingly social on Twitter and mocks security researchers and antivirus industry openly, Cerberus has been coded from scratch and doesn't re-use any code from other existing banking Trojans. The author also claimed to be using the Trojan for private operations for at least two years before renting it out for anyone interested from the past two months at $2000 for 1 month usage, $7000 for 6 months and 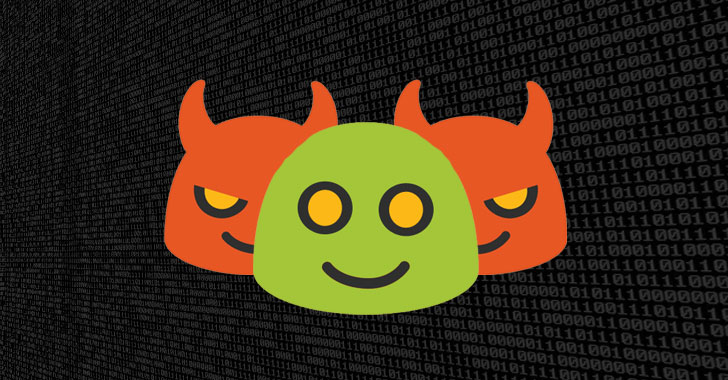 June 26, 2019Mohit Kumar
Cybersecurity researchers are warning about an ongoing Android malware campaign that has been active since 2016 and was first publicly reported in August 2018. Dubbed " ViceLeaker " by researchers at Kaspersky, the campaign has recently been found targeting Israeli citizens and some other middle eastern countries with a powerful surveillance malware designed to steal almost all accessible information, including call recordings, text messages, photos, videos, and location data—all without users' knowledge. Besides these traditional spying functionalities, the malware also has backdoor capabilities including upload, download, and delete files, record surrounding audio, takeover camera, and make calls or send messages to specific numbers. The malware used in these campaigns was named " Triout " in a report published by Bitdefender in 2018, which is sort of a malware framework that attackers are using to turn legitimate applications into spyware by inject 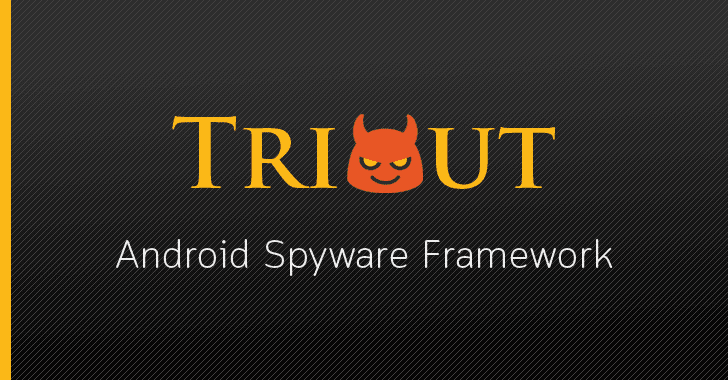 August 23, 2018Swati Khandelwal
Security researchers have uncovered a new, powerful Android malware framework that is being used by cybercriminals to turn legitimate apps into spyware with extensive surveillance capabilities—as part of what seems to be a targeted espionage campaign. Legitimate Android applications when bundled with the malware framework, dubbed Triout, gain capabilities to spy on infected devices by recording phone calls, and monitoring text messages, secretly stealing photos and videos, and collecting location data—all without users' knowledge. The strain of Triout-based spyware apps was first spotted by the security researchers at Bitdefender on May 15 when a sample of the malware was uploaded to VirusTotal by somebody located in Russia, but most of the scans came from Israel. In a white paper (PDF) published Monday, Bitdefender researcher Cristofor Ochinca said the malware sample analyzed by them was packaged inside a malicious version of an Android app which was available on Google Pla
Next Page 
Popular This Week
Apple Releases Urgent 0-Day Bug Patch for Mac, iPhone and iPad Devices
New PetitPotam NTLM Relay Attack Lets Hackers Take Over Windows Domains
Hackers Turning to 'Exotic' Programming Languages for Malware Development
Nasty macOS Malware XCSSET Now Targets Google Chrome, Telegram Software
Microsoft Warns of LemonDuck Malware Targeting Windows and Linux Systems
How to Mitigate Microsoft Windows 10, 11 SeriousSAM Vulnerability