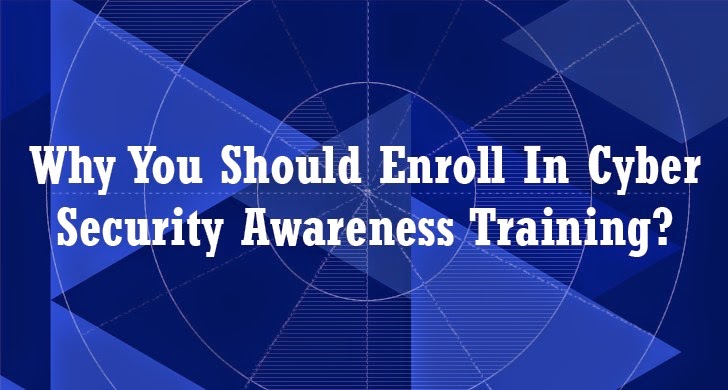 Why You Should Enroll In Cyber Security Awareness Training

April 14, 2015Wang Wei
When it comes to cyber security, even big organizations lack the basic knowledge of how to protect company's data from the outside. Everyday businesses are facing the threat of phishing, ransomware , data breaches and malware attacks that not only results in millions of dollars losses, but also damaged the reputations. A new study shows that five out of six of the most serious IT security threats directly relate to phishing or the aftermath of a successful phishing attack . SEA, short for Syrian Electronic Army , is famous for its advanced phishing attack capabilities and with the help of the same technique they fooled many popular organizations, social media and news media, including Twitter, Microsoft, Skype, Forbes, eBay and Paypal. Where do we lack? According to the annual Verizon Data Breach Investigations report, about 58% of cyber security incidents were caused by employees, either due to failure in handling data or approving malicious data. So, in
Next Page 
Popular This Week
Apple Releases Urgent iPhone and iPad Updates to Patch New Zero-Day Vulnerability
Update Your Windows PCs Immediately to Patch New 0-Day Under Active Attack
Microsoft Fended Off a Record 2.4 Tbps DDoS Attack Targeting Azure Customers
Google: We're Tracking 270 State-Sponsored Hacker Groups From Over 50 Countries
GitHub Revoked Insecure SSH Keys Generated by a Popular git Client
Ransomware Group FIN12 Aggressively Going After Healthcare Targets