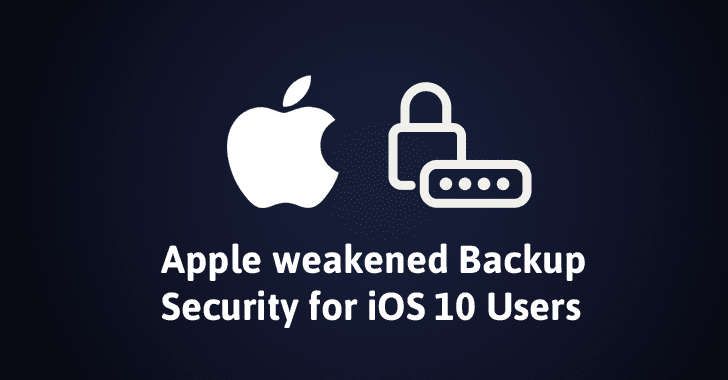 September 23, 2016Swati Khandelwal
After the iPhone encryption battle between Apple and the FBI , Apple was inspired to work toward making an unhackable future iPhones by implementing stronger security measures even the company can't hack. Even at that point the company hired one of the key developers of Signal — one of the world's most secure, encrypted messaging apps — its core security team to achieve this goal. But it seems like Apple has taken something of a backward step. Apple deliberately weakens Backup Encryption For iOS 10 With the latest update of its iPhone operating system, it seems the company might have made a big blunder that directly affects its users' security and privacy. Apple has downgraded the hashing algorithm for iOS 10 from "PBKDF2 SHA-1 with 10,000 iterations" to "plain SHA256 with a single iteration," potentially allowing attackers to brute-force the password via a standard desktop computer processor. PBKDF2 stands for Password-Based Key Deri
Next Page 