Jan 02, 2014
Happy 2014.. We are back with first hacking story of the year - SKYPE " Stop Spying " . Yes Skype Got hacked last night by an infamous hacker group called the Syrian Electronic Army , a group that supports Syria's president and typically they publish pro-Syrian government messages, but its first time they are taking about PRIVACY . Syrian Hackers posted some messages on Skype's Twitter account i.e. " Stop Spying on People! via Syrian Electronic Army ," Next tweet reads, " Don't use Microsoft emails (hotmail, outlook), They are monitoring your accounts and selling it to the governments. " Syrian Electronic Army hackers also compromised Skype's Facebook page and a company blog hosted on Skype's website. A blog post published on the official Skype blog featured the headline, " Hacked by Syrian Electronic Army.. Stop Spying! ", which now has been deleted by Microsoft. Now it appeared that Skype regained the access to their accounts and dele

Oct 30, 2012
Last month we reported a worm targeting Skype users with spam messages designed to infect machines with the Dorkbot ransomware has been discovered. This malware is spreading through a question/ phrase sent to the users by someone and the question is: " lol is this your new profile pic? " Same spam now targeting most of the Indian skype users, Indian CERT (Computer Emergency Response Team) issue a warning about this ongoing spam attack via advisory. A number of Indians use 'Skype' to communicate with their friends, relatives and other contacts within and outside the country. " A malicious spam campaign is on the rise targeting Skype users by sending instant message which appears to come from friends in the Skype contact list ," the advisory reads. Security researchers from Avast had intercepted this Darkbot malware campaign, and they estimate that this affecting millions of Skype users. " The worm is reported as stealing user credentials, engaging in click fraud activities 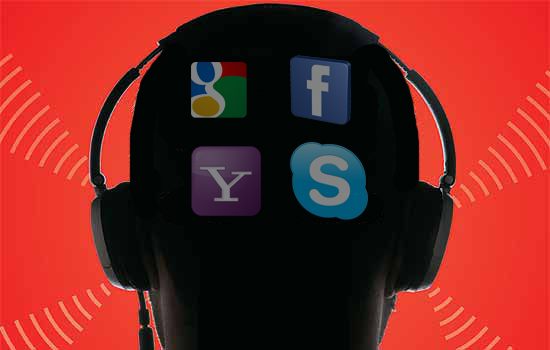 Oct 11, 2012
An eavesdropping tool allegedly used by the German government to intercept Skype calls is full of security problems and may violate a ruling by the country's constitutional court, according to a European hacker club. The information was released as part of a move towards financial transparency. The government released figures of expenses incurred by the Federal Ministry of the Interior following a parliamentary inquiry. This raises a whole lot of ethical and privacy questions. It has long been rumored that the German government was interested in developing an application to intercept Skype. Three years ago, documents released by WikiLeaks purported to show a proposal by a Bavarian company, DigiTask, offering to develop such a tool. The Chaos Computer Club obtained several versions of a program that has allegedly been used by German law enforcement in possibly hundreds of investigations to intercept Skype calls, said Frank Rieger, a member of the club. On page 34 and pa
Next Page 
Trending News Stories
New Wave of Ransomware Attacks Exploiting VMware Bug to Target ESXi Servers
Atlassian's Jira Service Management Found Vulnerable to Critical Vulnerability
New High-Severity Vulnerabilities Discovered in Cisco IOx and F5 BIG-IP Products
GitHub Breach: Hackers Stole Code-Signing Certificates for GitHub Desktop and Atom
Researchers Uncover Packer Used by Several Malware to Evade Detection for 6 Years
Hackers Abused Microsoft's "Verified Publisher" OAuth Apps to Breach Corporate Email Accounts
New Russian-Backed Gamaredon's Spyware Variants Targeting Ukrainian Authorities
Contributed Reports
Unlock the future of cybersecurity: Get your insider's guide to cybersecurity now!
Secure Your Business with Wazuh's Free and Open Source SIEM and XDR Solution
More Resources