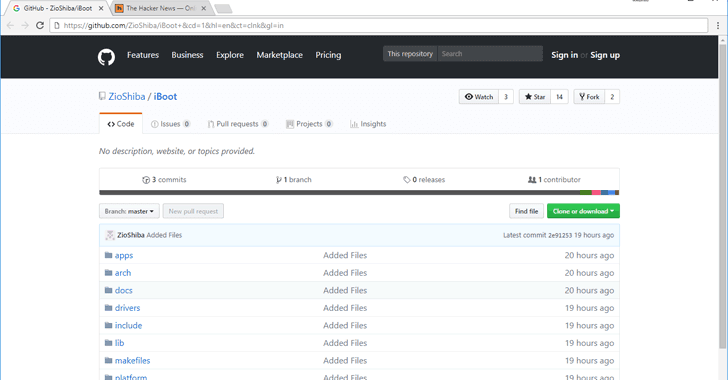 February 08, 2018Swati Khandelwal
Apple source code for a core component of iPhone's operating system has purportedly been leaked on GitHub, that could allow hackers and researchers to discover currently unknown zero-day vulnerabilities to develop persistent malware and iPhone jailbreaks. The source code appears to be for iBoot —the critical part of the iOS operating system that's responsible for all security checks and ensures a trusted version of iOS is loaded. In other words, it's like the BIOS of an iPhone which makes sure that the kernel and other system files being booted whenever you turn on your iPhone are adequately signed by Apple and are not modified anyhow. The iBoot code was initially shared online several months back on Reddit , but it just resurfaced today on GitHub (repository now unavailable due to DMCA takedown). Motherboard consulted some security experts who have confirmed the legitimacy of the code. However, at this moment, it is unclear if the iBoot source code is complete
Next Page 