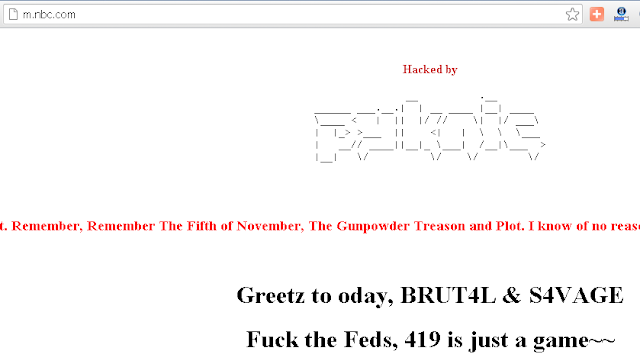 Nov 04, 2012
Mobile version of Official NBC website (m.nbc.com) and NBC Sports Rotoworld forums (forums.rotoworld.com) are currently defaced with a message reading " hacked by pyknic ." and " Remember, Remember The Fifth of November, The Gunpowder Treason and Plot. I know of no reason why the gunpowder treason should ever be forgot. " Hacker also claim that "user info" and "passwords" had been exposed, but yet there is no note about the dumped database location. We will update the article, once after receiving more information about the hack. Stay Tuned. 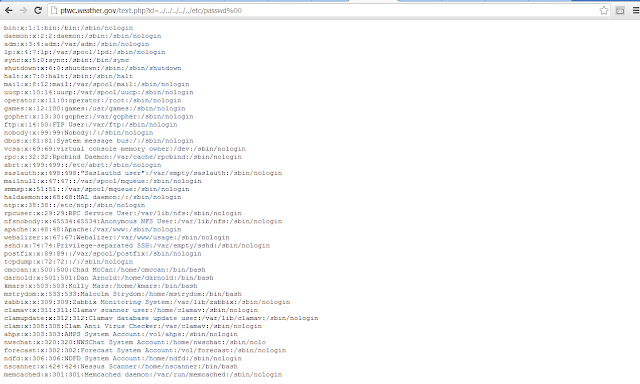 Oct 16, 2012
Kosova Hacker's Security group today release very sensitive server info of " The National Weather Service ", which was gathered due to a " Local file inclusion " Vulnerability in weather.gov . By definition, Local File Inclusion (also known as LFI) is the process of including files on a server through the web browser. This vulnerability occurs when a page include is not properly sanitized, and allows directory traversal characters to be injected. Hackers publish complete data in a pastebin file uploaded today, but the hack was performed two day back and in meantime, server administrator fix the vulnerability. We just talk with the hacking crew to know the reason of hack and data exposure, one of them explain that they are against US policies, who are targeting muslim countries. " They hack our nuclear plants using STUXNET and FLAME like malwares , they are bombing us 24*7, we can't sit silent - hack to payback them " Hacker expo 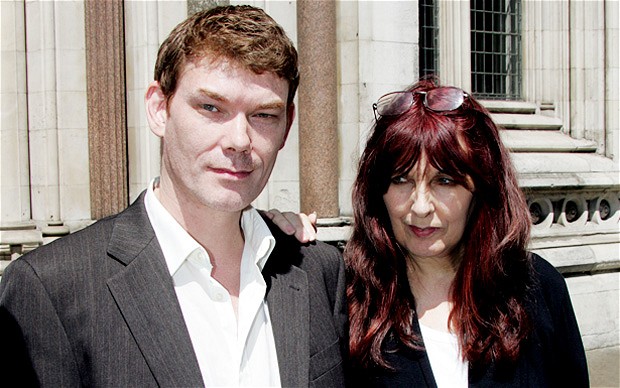 Oct 13, 2012
Gary's 10 years spent living on a knife-edge has been nothing short of cruel and unnecessary punishment. There is another new hope for Gary McKinnon who is fighting extradition after being accused of hacking US military computers. Computer hacker Gary McKinnon will win his 10-year legal battle against extradition have been significantly raised after Home Office-appointed psychiatrists warned that he would be very likely to attempt suicide if sent for trial in the US. It comes as the result of a medical report by two Home Office psychiatrists, which found there is a "significant risk" of suicidal behaviour by Mr McKinnon. The Home Secretary will tell MPs of her final decision on the case on Tuesday. McKinnon's mother, Janis Sharp, has called on government figures to honour their promises to save her son. But despite this it remains unclear if the Home Secretary, Theresa May, will halt his extradition or not, having previously put it on hold to consider new evidence. McKin

Oracle website saying - "Hello World" , is it a Hack ?

Oct 13, 2012
This afternoon I just got a ping from one of my Friend that Oracle website compromised. Its hard to believe that ORACLE can be compromised ? So lets explore that what going on: Oracle.com , Website Oracle Corporation ,  ( an American multinational computer technology corporation that specializes in developing and marketing computer hardware systems and enterprise software products – particularly database management systems ) homepage showing just " HELLO WORLD " text on page. I tried to open it via mobile, it redirect me to mobile version at  Oracle.mobi , Yes its working fine as normal. Then we start moving on Twitter to find out whats going on, Lots of people tweeting about this and everyone seems to be confused that IS IT A HACK ? or the site is Under Maintenance ? Okay, Next I move to ORACLE twitter accounts @Oracle @OracleDatabase to find out either they have tweeted about this Strange update or not , But there was no tweet from their side from last 12 H 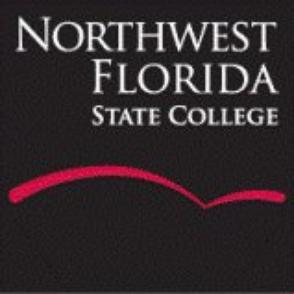 Oct 11, 2012
Computer hackers broke into a Florida college's computer system and stole the confidential information of nearly 300,000 students statewide and the school's president. State and college officials said a breach that at first involved employees at Northwest Florida State College was much larger than suspected and now potentially involves student records from across the state. More than 3,000 employee records and 76,000 student records containing personal identification information were also stolen, including names, Social Security numbers, birthdates, ethnicity and gender for any student statewide who was eligible for Florida's popular Bright Futures scholarships for the 2005-06 and 2006-07 school years. The breach occurred sometime between late May and late September. The school notified the public on Monday. It was discovered during an internal review from Oct. 1 through Oct. 5. The school's president, Ty Handy, was among the employees victimized, the schoo 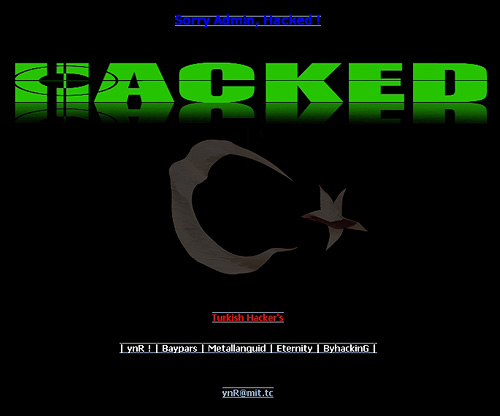 Oct 07, 2012
Hackers incensed by the Philippines' controversial cybercrime law have attacked government sites that deliver emergency information during natural disasters. The website of the Department of Environment and Natural Resources (DENR) was hacked on Saturday, despite calls from Malacañang for a ceasefire. Home page message, "Sorry Admin, Hacked!" and a symbol of a crescent moon and a star, both found on Flag of Turkey (take a look on the red Text). But the site, www.denr.gov.ph , was restored after a minutes. Last Monday,  Anonymous Hackers defaced 11 government  websites. President Benigno Aquino's spokeswoman Abigail Valte appealed for a stop to the attacks, on the websites and social media accounts of the weather service, the earthquake and tsunami monitoring service and the social welfare agency. Hackers announce their next target on their twitter accounts that they've been eyeing " Senator Vicente C. Sotto III " website's.
Next Page 