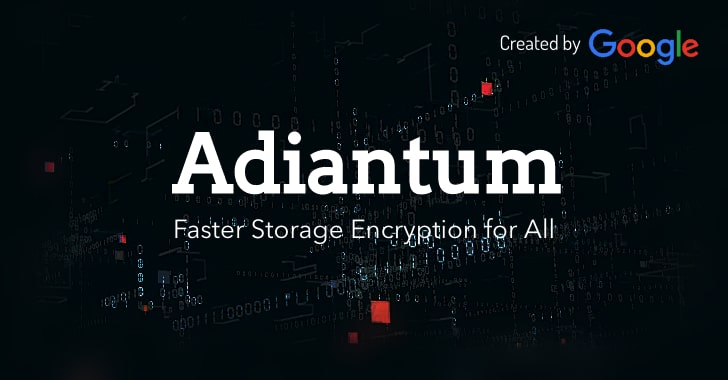 February 08, 2019Swati Khandelwal
Google has launched a new encryption algorithm that has been built specifically to run on mobile phones and smart IoT devices that don't have the specialized hardware to use current encryption methods to encrypt locally stored data efficiently. Encryption has already become an integral part of our everyday digital activities. However, it has long been known that encryption is expensive, as it causes performance issues, especially for low-end devices that don't have hardware support for making the encryption and decryption process faster. Since data security concerns have recently become very important, not using encryption is no more a wise tradeoff, and at the same time, using a secure but slow device on which apps take much longer to launch is also not a great idea. Currently Android OS supports AES-128-CBC-ESSIV for full-disk encryption and AES-256-XTS for file-based encryption, and Google has already made it mandatory for device manufacturers to include AES encry
Next Page 