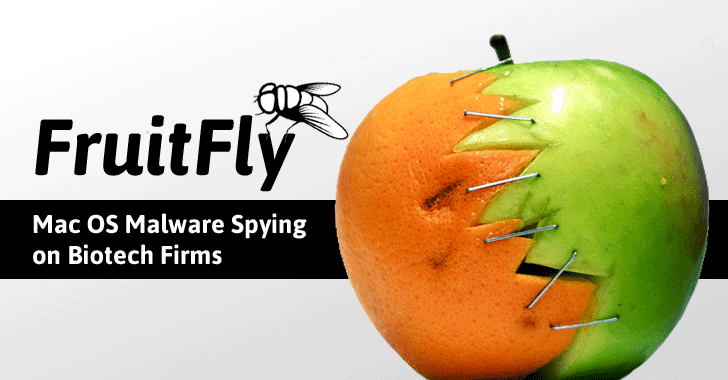 January 19, 2017Swati Khandelwal
Security researchers have discovered a rare piece of Mac-based espionage malware that relies on outdated coding practices but has been used in some previous real-world attacks to spy on biomedical research center computers. Dubbed Fruitfly , the malware has remained undetected for years on macOS systems despite using unsophisticated and "antiquated code." Infosec firm Malwarebytes discovered Fruitfly, detected as 'OSX.Backdoor.Quimitchin,' after one of its IT administrators spotted some unusual outgoing activity from a particular Mac computer. According to the researchers, the recently discovered what they're calling "the first Mac malware of 2017" contains code that dates before OS X, which has reportedly been conducting detailed surveillance operation on targeted networks, possibly for over two years. Fruitfly uses a hidden pearl script to communicate back to two command-and-control (C&C) servers and has the ability to perform actions l
Next Page 