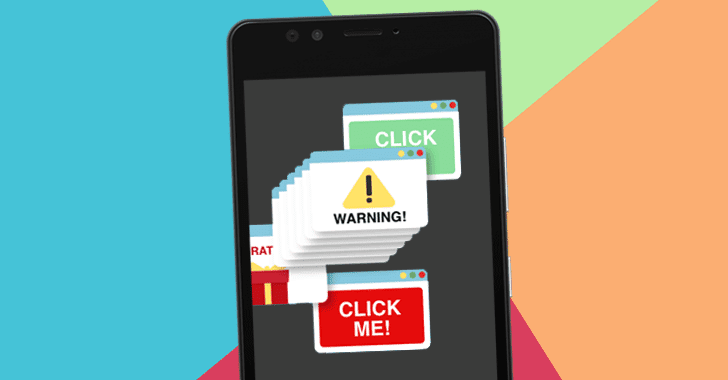 October 24, 2019Mohit Kumar
First of all, if you have any of the below-listed apps installed on your Android device, you are advised to uninstall it immediately. Cybersecurity researchers have identified 42 apps on the Google Play Store with a total of more than 8 million downloads, which were initially distributed as legitimate applications but later updated to maliciously display full-screen advertisements to their users. Discovered by ESET security researcher Lukas Stefanko, these adware Android applications were developed by a Vietnamese university student, who easily got tracked likely because he never bothered to hide his identity. The publicly available registration details of a domain associated with the adware apps helped find the identity of the rogue developer, including his real name, address, and phone number, which eventually led the researcher to his personal accounts on Facebook, GitHub, and YouTube. "Seeing that the developer did not take any measures to protect his identity, it

September 07, 2018Swati Khandelwal
A highly popular top-tier app in Apple's Mac App Store that's designed to protect its users from adware and malware threats has been, ironically, found surreptitiously stealing their browsing history without their consent, and sending it to a server in China. What's more concerning? Even after Apple was warned a month ago, the company did not take any action against the app. The app in question is "Adware Doctor," the Mac App Store No. 1 paid utility and also ranked as the fourth most popular paid app on the store, which sells for $4.99 and markets itself to be the "best app" to prevent "malware and malicious files from infecting your Mac." However, a security researcher with the @privacyis1st Twitter handle detected Adware Doctor's suspicious spyware-like behavior almost a month ago and also uploaded a proof-of-concept video demonstration of how the user's browser history is exfiltrated. The researcher informed Apple about
Next Page 