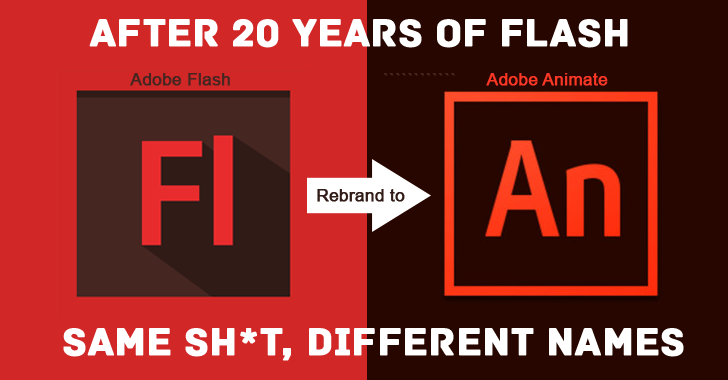 Dec 02, 2015
Adobe is Finally Killing FLASH, but not actually. Adobe Flash made the Internet a better place with slick graphics, animation, games and applications, but it never stood a chance of surviving in the same world as HTML5. Of course, Flash has plagued with various stability and security issues , which is why developers had hated the technology for years. So, now it's time to say GoodBye to Adobe Flash Professional CC, and Welcome Adobe Animate CC . Meet the new Flash, Adobe Animate CC , same as the old Flash, and still insecure mess. Adobe Animate CC Embraces HTML5 Adobe has officially announced that "over a third of all content created in Flash Professional today uses HTML5," so the company is acknowledging the shift with the new name. Adobe Animate CC — Adobe's Premier Web animation tool for developing HTML5 content . Yes, that's what the company has the focus on. The application – mostly looks like an update to the Fla
Next Page 