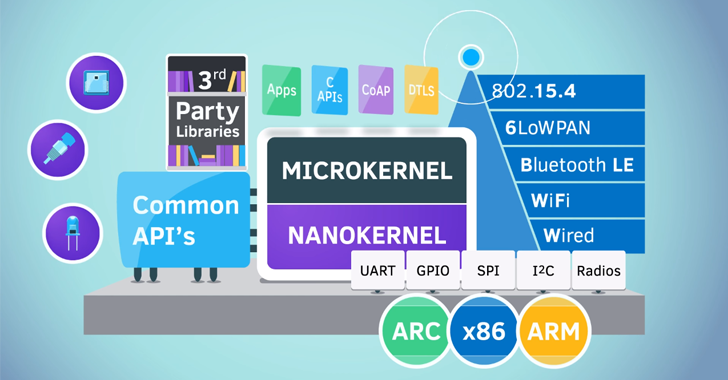 February 19, 2016Unknown
The 21st century is witnessing a great change over in the daily life of folks with the advent of IoT devices that are capable of talking to each other without any human intervention. Yeah! Now you do not have to individually cascade an instruction to each of your home devices to accomplish a task. All have gone automated with the actuators and sensors which are infused into the home appliances. The fact is that your IoT devices would only comply within the family of same manufacturers. For example, if you have a Samsung smart refrigerator, and your wearable device is from Apple or any other vendors, then it couldn't sync as both are from different genres. No need to worry now! Zephyr: Future of IoTs The Linux Foundation has broken all the barriers of compatibility issues by releasing a Real-Time Operating System (RTOS) for Internet of Things devices , dubbed " Zephyr ". This OS enables connected devices to communicate with the same protocol.
Next Page 