The Hacker News - Cybersecurity News and Analysis: US President 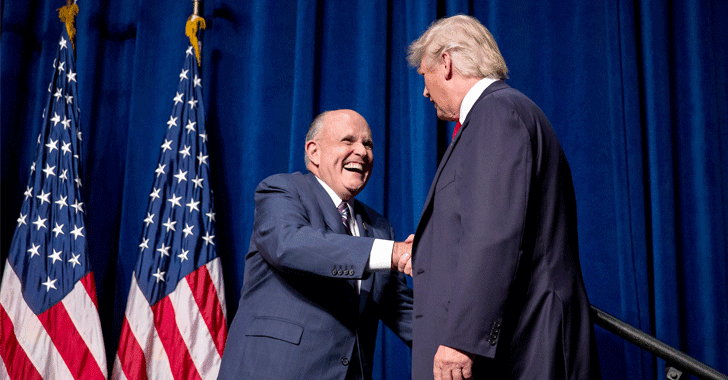 January 13, 2017Mohit Kumar
Former New York City Mayor Rudolph W. Giuliani has been appointed as a cyber security advisor for the President-elect Donald Trump, but it appears that he never actually checked the security defenses of his own company's website. Giuliani is going to head a new Cybersecurity Working group for the President-elect, and "will be sharing his expertise and insight as a trusted friend concerning private sector cyber security problems and emerging solutions developing in the private sector," the Trump's Transition Team announced Thursday. Trump administration has appointed Giuliani after citing his 16 years of experience "providing security solutions in the private sector," but the news met online criticism with many users on Twitter asking: 'What does the former New York mayor know about cyber security?' As the news broke, online users started scanning his website " www.giulianisecurity.com " and found that the site for Giuliani Sec

February 08, 2013Mohit Kumar
The hacker, known as Guccifer , targeted several e-mail accounts and exposed personal photos and sensitive correspondence from members of the former US President Bush family, including both former U.S. presidents. Hacked Emails includes the AOL account of his daughter Dorothy Bush Koch; family friends Willard Hemingway and Jim Nantz; former First Lady Barbara Bush's brother; and George H W Bush's sister-in-law. Some of the e-mails contain catty comments about another former president, Bill Clinton. The photos and e-mails were uploaded yesterday to an online account that appears to have been hacked for the purpose of hosting the material including confidential October 2012 list of home addresses, cell phone numbers, and e-mails for dozens of Bush family members, including both former presidents, their siblings, and their children. The hacker also intercepted photos that George W. Bush e-mailed two months ago to his sister showing paintings that he was working on
Next Page 