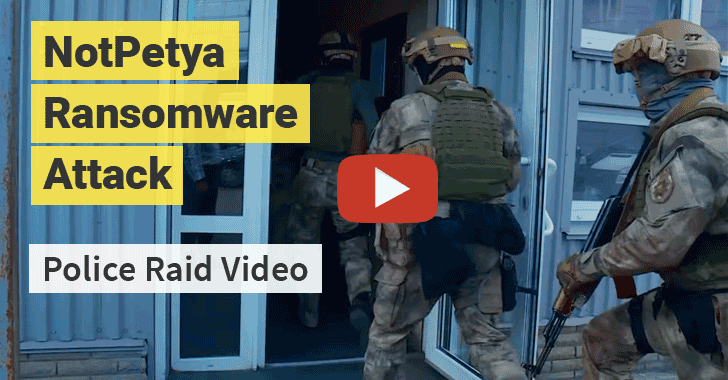 July 05, 2017Mohit Kumar
Ukrainian National Police has released a video showing officers raiding company of M.E.Doc accounting software makers, whose systems have been linked to outbreak of Petya (NotPetya) ransomware that recently infected computers of several major companies worldwide. On 4th July, masked police officers from Ukrainian anti-cybercrime unit — carrying shotguns and assault rifles — raided the software development firm " Intellect Service, " in the capital city Kyiv and seized their servers, which were reportedly compromised by hackers to spread (ExPetr, PetrWrap, Petya, NotPetya) ransomware. Researchers from ESET security firm have found a very stealthy malicious code in the M.E.Doc software update which was injected by an unknown hacker or group of hackers in mid-April by exploiting a vulnerability. The malicious software upgrade, designed to install a backdoor and give unauthorized remote access to attackers, was then delivered as an update to nearly 1 million computers belonging 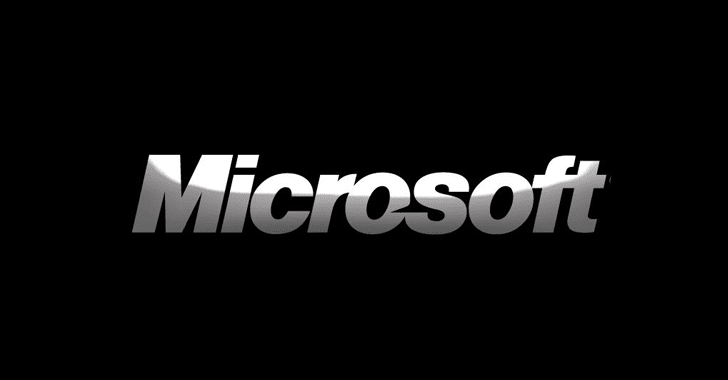 June 23, 2017Wang Wei
British police have arrested two men in the UK conspiring to hack into the computer networks of US tech giant Microsoft with plans to steal customers' data from the software giant. The suspects — 22-year-old from Sleaford and a 25-year-old from Bracknell — were arrested by the detectives from the Britain's South East Regional Organised Crime Unit (SEROCU) Thursday morning (22 June 2017). The UK authorities arrested them from their home in Lincolnshire and Bracknell and seized a number of devices after searching their home. While it is still unclear what systems were targeted, SEROCU believes the suspects are part of a larger international group that involved breaking into the Microsoft's network between January 2017 and March 2017 to scoop up the customer information. "This group is spread around the world and therefore the investigation is being coordinated with our various partners," Rob Bryant, detective sergeant SEROCU's Cyber Crime Unit said while 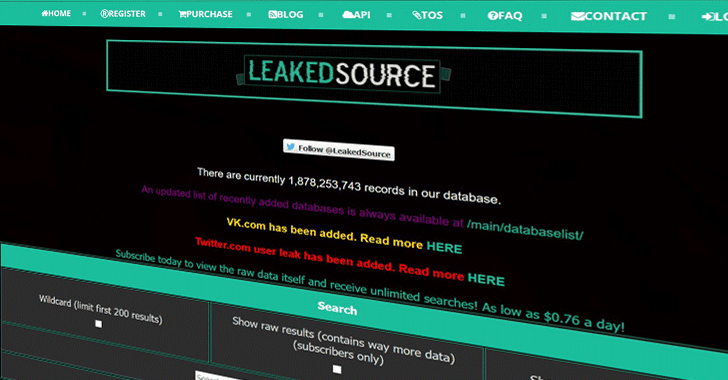 January 27, 2017Mohit Kumar
The biggest mistake companies make with data security is leaving all their secrets unprotected at one place, which if attacked, they are all gone in one shot. An unnamed law enforcement agency has reportedly accessed billions of compromised usernames, email IDs, and their passwords, collected by LeakedSource, a popular breach notification service. LeakedSource, launched in late 2015, that exposed some of the largest data breaches in 2016, including LinkedIn , DailyMotion , Rambler.ru , Last.fm , VK.com , Weebly, and Foursquare , might be facing a permanent shut down after law enforcement officers allegedly raided its operator. The LeakedSource website that allowed visitors to look up for their account details that had been collected from multiple data breaches has suddenly disappeared, and its associated social media accounts have been suspended. The data breach aggregation service had always been criticized for its unethical policy of allowing anyone to look up hacked acco 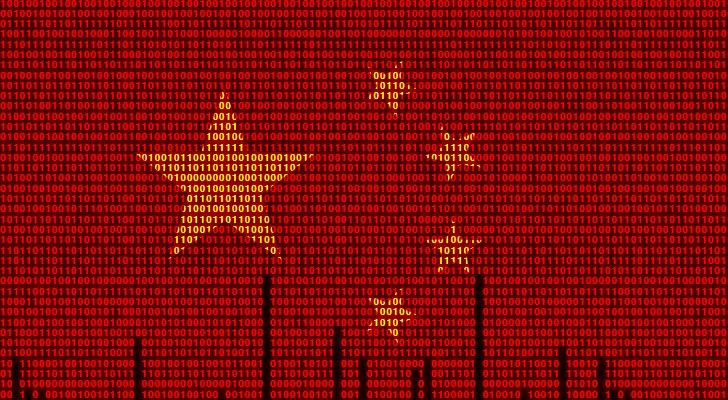 September 07, 2015Wang Wei
China Police has arrested nearly 15,000 people on suspicion of cyber crimes as part of an operation dubbed " Cleaning the Internet ," according to reports. According to the Chinese Ministry of Public Security (MPS), the suspects have been arrested for their involvement in cyber crimes that " jeopardized Internet security ." In July, China launched a six-month campaign codenamed " Cleaning the Internet " to fight online criminal activities. Under the program, the police investigated 7,400 cases, including hacking, online fraud and the illegal sale of personal information, spread over 66,000 websites, the official website of the ministry stated . "For the next step, the public security organs will continue to increase their investigation and crackdown on cyber crimes," according to the Chinese Ministry of Public Security. The MPS did not clear exactly when the arrests took place but said the program also took down major online 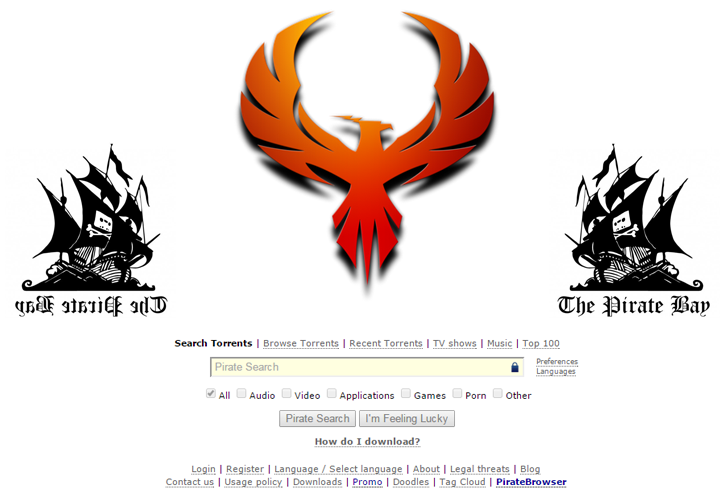 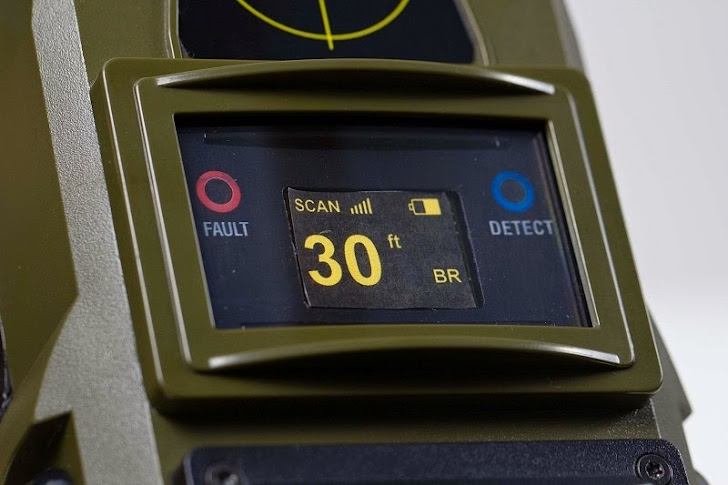 January 24, 2015Swati Khandelwal
We are all aware of the mass surveillance conducted by the government agencies on us. From our phone calls, emails to web activities, chats and social network activities, everything has been interrupted by the law enforcements. And now they have crossed every limits by using a new way to spy on you. Guess What? Dozens of US law enforcement agencies are quietly taking advantage of the technology that allows them to effectively "see" through walls of buildings to monitor people's activity . This has once again raised privacy questions. Privacy has become just a word as there's nothing private left, not even our homes. According to a recent report from USA Today , over 50 law enforcement agencies, including Federal Bureau of Investigation (FBI) and U.S. Marshals, have secretly been using the new radars for the past two years, but it came to light just last month during a court hearing in Denver . The device, dubbed Range-R , sends out radio waves that can d 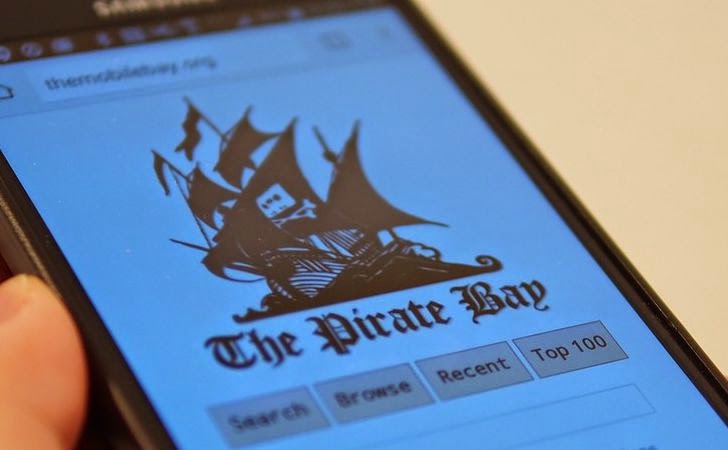 December 09, 2014Mohit Kumar
The Pirate Bay — an infamous Torrent website predominantly used to share copyrighted material such as films, TV shows and music files, free of charge — went dark from the internet on Tuesday after Swedish Police raided the site's server room in Stockholm and seized several servers and other equipment. The piracy site knocked offline worldwide on Tuesday morning and remained unavailable for several hours, but the site appeared back online in the late hours with a new URL hosted under the top-level domain for Costa Rica. Paul Pintér , national coordinator for IP enforcement for the Swedish police, issued only a brief statement on Tuesday, saying that the operation was " a crackdown on a server room in Greater Stockholm" that was "in connection with violations of copyright law. " The raid was also confirmed by Fredrik Ingblad , a prosecutor who specializes in file-sharing cases on behalf of the Swedish government, although he would not share furthe
Next Page 
Popular This Week
Update Google Chrome to Patch 2 New Zero-Day Flaws Under Attack
Apple Issues Urgent Updates to Fix New Zero-Day Linked to Pegasus Spyware
Microsoft Releases Patch for Actively Exploited Windows Zero-Day Vulnerability
Linux Implementation of Cobalt Strike Beacon Targeting Organizations Worldwide
Mēris Botnet Hit Russia's Yandex With Massive 22 Million RPS DDoS Attack
New SpookJS Attack Bypasses Google Chrome's Site Isolation Protection