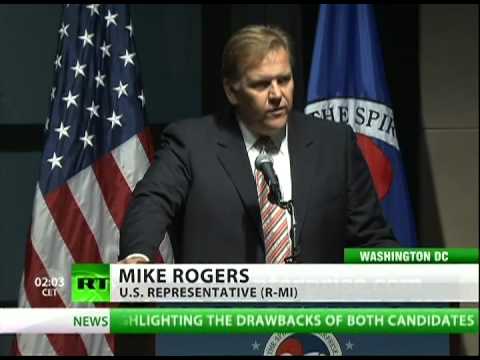 October 09, 2012Anonymous
Hello my Princes of Peace, Warriors of the Revolution, Princesses of the cause, I want you to take two minutes and watch this video: This video is the epitome of the ignorance and arrogance of governments all over the world in response to our cyber war revolution. As you will see, the power people all gathered to warn themselves and the world of the "threat" of the hackers gangs of teenagers running wild on the internet hacking into governments and threatening our safety. EXCUSE ME?? Just who is threatening who here? The most important thing I want you to know is that this type of whining is happening all over the world, and how it is translating is into cybercrime laws and in the case of the United States, Executive Orders that give the government and law enforcement the right to suppress and deny your right to public information, the right to free speech and the right to protest against the corruption and destruction of government secrecy and shenanigans. Why do you think they ha
Next Page 
Popular This Week
Microsoft Warns of a Wide-Scale Phishing-as-a-Service Operation
A New Bug in Microsoft Windows Could Let Hackers Easily Install a Rootkit
Google Warns of a New Way Hackers Can Make Malware Undetectable on Windows
Urgent Chrome Update Released to Patch Actively Exploited Zero-Day Vulnerability
Urgent Apple iOS and macOS Updates Released to Fix Actively Exploited Zero-Days
New Nagios Software Bugs Could Let Hackers Take Over IT Infrastructures
New Android Malware Steals Financial Data from 378 Banking and Wallet Apps