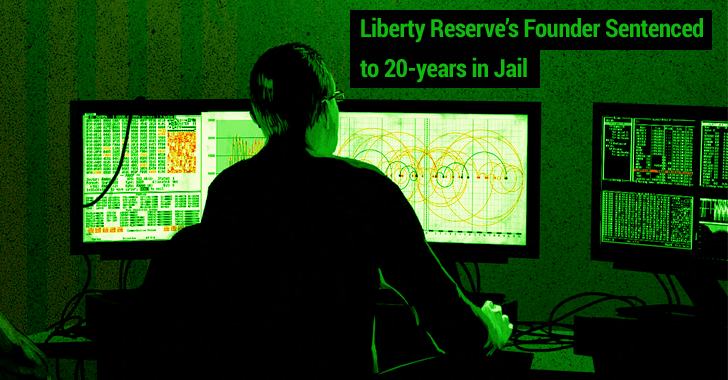 May 07, 2016Swati Khandelwal
In Brief Arthur Budovsky, co-founder of popular digital currency business 'Liberty Reserve', was sentenced Friday to 20 years in prison for running a money laundering scheme for hackers, identity thieves, child pornographers and drug dealers around the globe. Since its inception, 2005, to the year 2013, when Liberty Reserve was shut down by authorities, the company processed more than $8 billion worth of transactions for more than 5.5 million users worldwide. He was also ordered to forfeit $122 million and fined $500,000. The co-founder of Liberty Reserve, a widely-used digital currency, was sentenced to 20 years in prison on Friday for running a global money-laundering scheme that operated as "the financial hub for cyber criminals around the world." Arthur Budovsky Belanchuk, 42, ran an online digital currency business out of Costa Rica called Liberty Reserve from around 2005 until it was shut down by the federal authorities in 2013 with the arrest of Bud 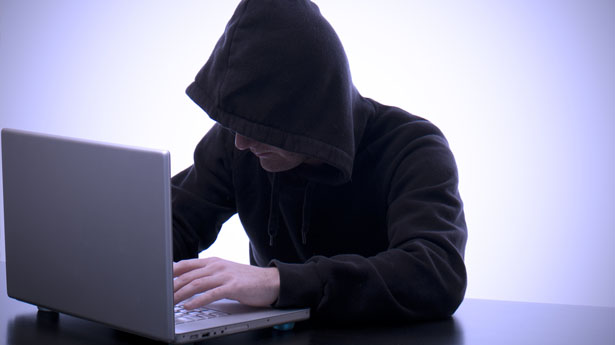 August 12, 2013Mohit Kumar
There are so many ways to move money anonymously on the Internet and US Justice Department has declared war on currencies widely used by cyber criminals . Just after the Law Enforcement in 17 countries shuts down ' Liberty Reserve ', a $6 billion digital money laundering operation, now the criminals is switching to another online currency called " Perfect Money ".  Perfect Money, another private digital currency that has emerged to meet the demand of Criminals and hackers, those buying and selling kit anonymously and being used by people selling stolen credit cards in Internet hacker forums recently. Fraudsters are rapidly migrating to Perfect Money and  it allows users to transfer money anonymously by purchasing and exchanging the proprietary currency for dollars, euros and gold. These virtual currencies are often linked to bitcoin because it has also been used by criminals. It was thought Bitcoin would be a handy replacement for Liberty Reser 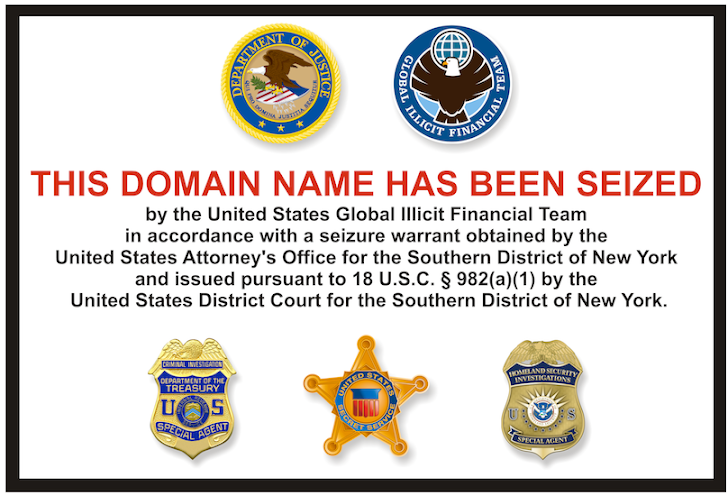 May 26, 2013Mohit Kumar
Liberty Reserve , a payment processor similar to Paypal was down on Saturday after the founder of Liberty Reserve, Arthur Budovsky Belanchuk , 39, on Friday was reportedly arrested in Spain by Costa Rican authorities after his they raided suspect´s home and offices in San José and Heredia. Mr. Belanchuk, a Costa Rican citizen of Ukrainian origin, was under investigation since 2011 after authorities flagged his firm for money laundering . Investigators say that Budovsky's businesses in Costa Rica , including Liberty Reserve , were used to launder money for child pornography websites and drug trafficking. Liberty Reserve is a largely unregulated money transfer business that allows customers to open accounts using little more than a valid email address, and this relative anonymity has attracted a huge number of customers from underground economies, particularly cyber crime . It allowing users to nearly anonymously open accounts with limited documentation of identity. Dep
Next Page 
Popular This Week
Update Google Chrome to Patch 2 New Zero-Day Flaws Under Attack
Critical Flaws Discovered in Azure App That Microsoft Secretly Installs on Linux VMs
Microsoft Releases Patch for Actively Exploited Windows Zero-Day Vulnerability
Apple Issues Urgent Updates to Fix New Zero-Day Linked to Pegasus Spyware
You Can Now Sign-in to Your Microsoft Accounts Without a Password
Malware Attack on Aviation Sector Uncovered After Going Unnoticed for 2 Years