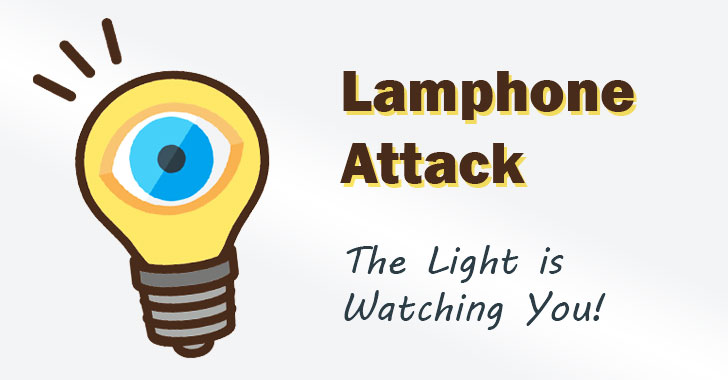 June 13, 2020Ravie Lakshmanan
You might not believe it, but it's possible to spy on secret conversations happening in a room from a nearby remote location just by observing a light bulb hanging in there—visible from a window—and measuring the amount of light it emits. A team of cybersecurity researchers has developed and demonstrated a novel side-channel attacking technique that can be applied by eavesdroppers to recover full sound from a victim's room that contains an overhead hanging bulb. The findings were published in a new paper  by a team of academics—Ben Nassi, Yaron Pirutin, Adi Shamir, Yuval Elovici and Boris Zadov—from the Israeli's Ben-Gurion University of the Negev and the Weizmann Institute of Science, which will also be presented at the Black Hat USA 2020 conference later this August. The technique for long-distance eavesdropping, called " Lamphone ," works by capturing minuscule sound waves optically through an electro-optical sensor directed at the bulb and using it t
Next Page 
Online Courses and Software