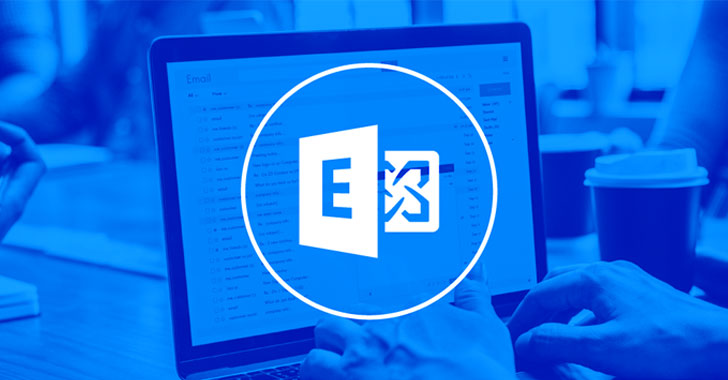 December 15, 2021Ravie Lakshmanan
Malicious actors are deploying a previously undiscovered binary, an Internet Information Services ( IIS ) webserver module dubbed " Owowa ," on Microsoft Exchange Outlook Web Access servers with the goal of stealing credentials and enabling remote command execution. "Owowa is a C#-developed .NET v4.0 assembly that is intended to be loaded as a module within an IIS web server that also exposes Exchange's Outlook Web Access (OWA)," Kaspersky researchers Paul Rascagneres and Pierre Delcher  said . "When loaded this way, Owowa will steal credentials that are entered by any user in the OWA login page, and will allow a remote operator to run commands on the underlying server." The idea that a rogue IIS module can be fashioned as a backdoor is not new. In August 2021, an exhaustive study of the IIS threat landscape by Slovak cybersecurity company ESET revealed  as many as 14 malware families that were developed as native IIS modules in an attempt to interc 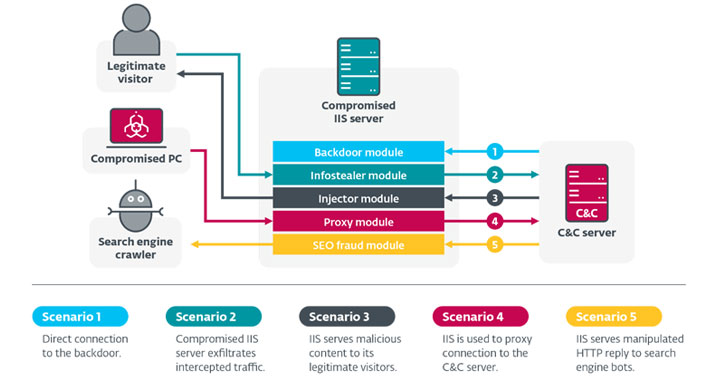 August 04, 2021Ravie Lakshmanan
A systematic analysis of attacks against Microsoft's Internet Information Services (IIS) servers has revealed as many as 14 malware families, 10 of them newly documented, indicating that the Windows-based web server software continues to be a hotbed for  natively developed malware  for close to eight years. The findings were presented today by ESET malware researcher Zuzana Hromcova at the  Black Hat USA security conference . "The various kinds of native IIS malware identified are server-side malware and the two things it can do best is, first, see and intercept all communications to the server, and second, affect how the requests are processed," Hromcova told in an interview with The Hacker News. "Their motivations range from cybercrime to espionage, and a technique called SEO fraud." Government institutions in three Southeast Asian countries, a major telecommunications company in Cambodia, and a research institution in Vietnam, as well as dozens of private

September 28, 2017Swati Khandelwal
Mining cryptocurrencies can be a costly investment as it takes a monstrous amount of computing power, and thus hackers have started using malware that steals computing resources of computers it hijacks to make lots of dollars in digital currency. Security researchers at security firm ESET have spotted one such malware that infected hundreds of Windows web servers with a malicious cryptocurrency miner and helped cybercriminals made more than $63,000 worth of Monero (XMR) in just three months. According to a report published by ESET today, cybercriminals only made modifications to legitimate open source Monero mining software and exploited a known vulnerability in Microsoft IIS 6.0 to secretly install the miner on unpatched Windows servers. Although ESET's investigation does not identify the attackers, it reports that the attackers have been infecting unpatched Windows web servers with the cryptocurrency miner since at least May 2017 to mine 'Monero,' a Bitcoin-like
Next Page 