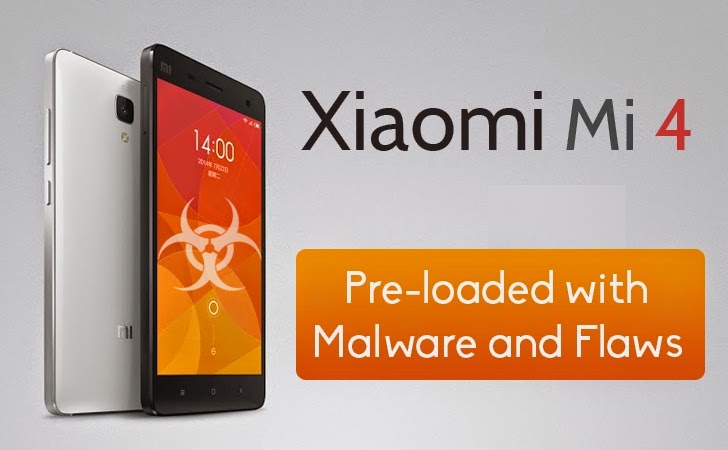 March 07, 2015Wang Wei
Once again the very popular and the world's third largest smartphone distributor Xiaomi , which had previously been criticized for secretly stealing users' information from the device without the user's permissions, has been found spreading malware . The top selling Android smartphone in China, Xiaomi Mi4 LTE , has been found to be shipped with pre-loaded spyware/adware and a "forked," or not certified, vulnerable version of Android operating system on top of that, according to a San Francisco-based mobile-security company, Bluebox. Xiaomi, which is also known as Apple of China, provides an affordable and in-budget smartphones with almost all features that an excellent smartphone provides. Just like other Xiaomi devices, Mi4 LTE smartphone seems to attract a large number of customers with more than 25,000 units sold out in just 15 seconds on India's online retailer Flipkart . Security Researcher Andrew Blaich of Bluebox firm revealed Thursday that the brand new
Next Page 