August 30, 2016Swati Khandelwal
Famous Android developer Chainfire released an experimental hack with a new app, called " Suhide ," that allows users to hide the root status of their rooted Android devices on an app-by-app basis. Rooting your Android device can bring a lot of benefits by giving you access to a wide variety of apps and deeper access to the Android system...But at what cost? One of the major drawbacks of rooting your device is losing access to certain apps, which includes banking, payment and corporate security apps that work with financial and confidential data, such as your bank details. Such apps don't work on rooted devices. A great example for this is Google's Android Pay . Since its launch, developers has been working hard to get Android Pay working for rooted devices, but unfortunately, they have not gotten much success. But Why Rooted Devices? It's because Google cares about your security. SafetyNet — That's How Google Detects Tampered Devices Google 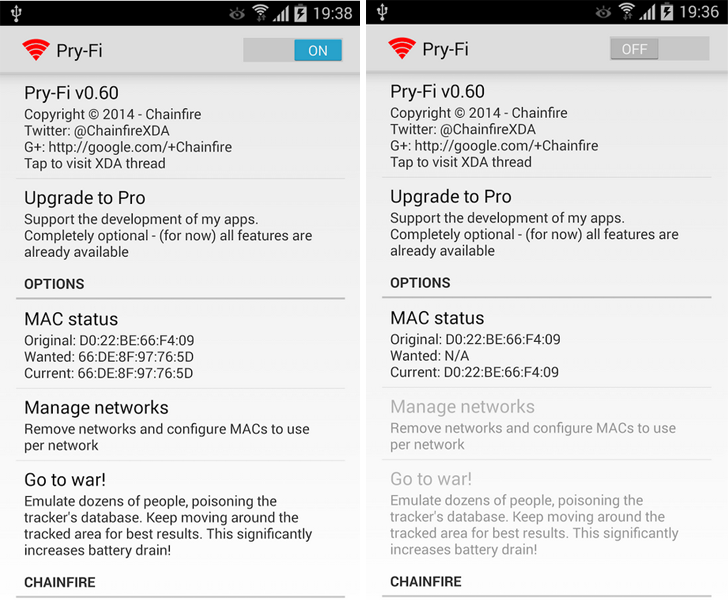 February 01, 2014Anonymous
Turn your face in any direction, someone is always trying to spy on you; doesn't matter who and what you are? Just yesterday we reported that Communications Security Establishment Canada (CSEC) in Canada and NSA are together, running a spying program called ' game-changer '. It was revealed that the agencies are tracking all the travelers who passed through the airport terminal, and could be tracked throughout the country by referencing it with the intercepted information from Wi-Fi in cafes, libraries and other public places. Today XDA Senior Recognized Developer ' Chainfire ' has released a new Android app called Pry-Fi , that allow a user to disable Wi-Fi completely, including the background network scanning.  Pry-Fi will prevent your device from announcing all the networks it knows to the outside world, but it will still allow background scanning and automatically connecting to Wi-Fi networks. ' Retailers, crooks, the government, and other 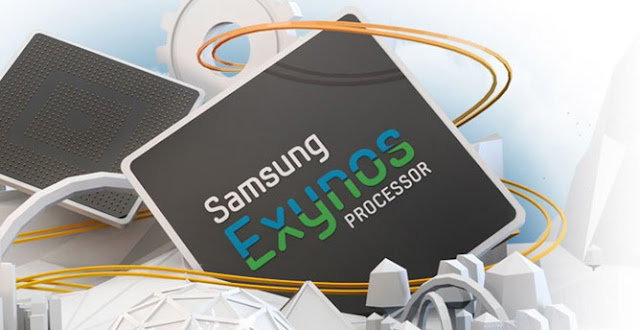 December 17, 2012Mohit Kumar
A user over at the XDA Developers Forum has gone searching through Samsung Exynos kernels and has found one whopper of an exploit. There's both good and bad news with this exploit so head down below for more details on this new found glory. This exploits affects a number of Samsung-made devices, along with potentially any device using an Exynos 4412 or 4210 processor and Samsung kernels. The vulnerability was described on Saturday by the user " alephzain " on XDA Developers, a forum for mobile developers. This Vulnerability could give remotely downloaded apps the ability to read user data, brick phones, or perform other malicious activities. This functionality can be exploited by some malicious apps to gain root access to the device, wipe/steal sensitive data, install malicious codes, and could also be used to potentially brick the phone. According to xda-developers user supercurio, Samsung has been made aware of the security hole, but the company has not p
Next Page 