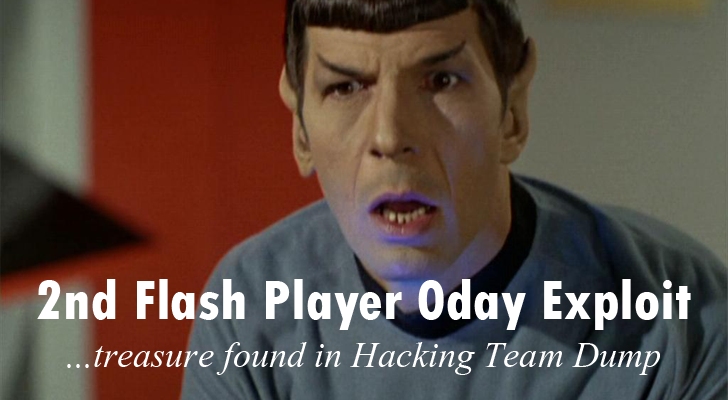 July 12, 2015Swati Khandelwal
Another Flash zero-day exploit has emerged from the hundreds of gigabytes of data recently leaked from Hacking Team , an Italian surveillance software company that is long been accused of selling spying software to governments and intelligence agencies. The critical zero-day vulnerability in Adobe Flash is a Use-After-Free() programming flaw ( CVE-2015-5122 ) which is similar to the CVE-2015-5119 Flash vulnerability patched last week and allows an attacker to hijack vulnerable computers. Adobe says the cyber criminals are apparently already exploiting this vulnerability for which no patch exists yet. However, it's second time in a single week when the company is working on a fix for the zero-day vulnerability in its Flash Player software. Flash Zero-Day Flaw in the Wild The Exploit code for this flaw is already available online, allowing an attacker to remotely execute malicious code on victims' computers and install malware, Adobe said in an advisory pub
Next Page 
Online Courses and Software