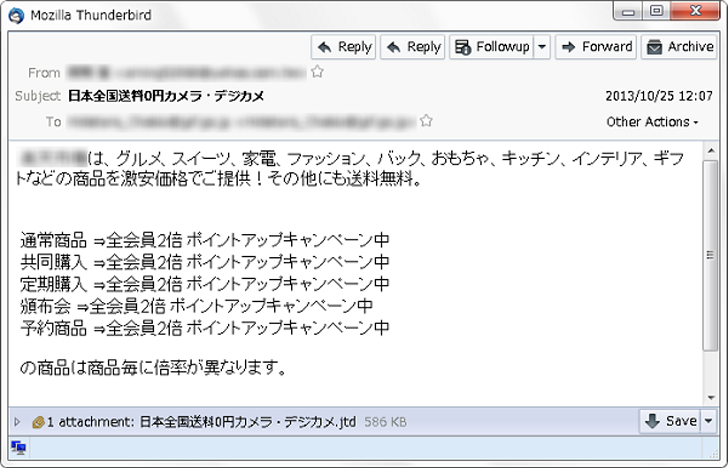 November 15, 2013Mohit Kumar
Japanese most popular word processing software ' Ichitaro ' and Multiple Products are vulnerable to a zero day Remote Code Execution Flaw Vulnerability, allowing the execution of arbitrary code to compromise a user's system. According to assigned CVE-2013-5990 ,  malicious attacker is able to gain system access and execute arbitrary code with the privileges of a local user. The vulnerability is caused due to an unspecified error when handling certain document files. " We confirm the existence of vulnerabilities in some of our products. " company blog says. In a blog post, Antivirus Firm Symantec confirmed that in September 2013, they have discovered attacks in the wild attempting to exploit this vulnerability during, detected as  Trojan.Mdropper , which is a variant of  Backdoor.Vidgrab . Researchers mentioned that  Backdoor.Vidgrab variant was used as a payload for a watering hole attack exploiting the Microsoft Internet Explorer Memory
Next Page 