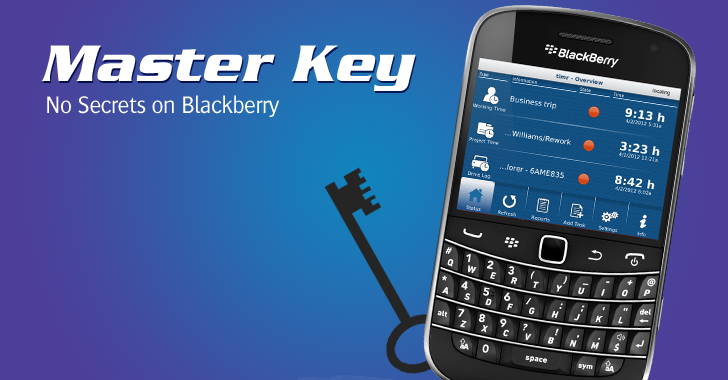 April 15, 2016Swati Khandelwal
BlackBerry has long been known for its stance on mobile security, as it was the first mobile phone maker to provide end-to-end encryption. But a new report revealed that the company has provided a master backdoor to law enforcement in its secure devices since 2010. The Royal Canadian Mounted Police (RCMP) have been in possession of a global decryption key for BlackBerry phones since 2010, according to a new report from Vice News published yesterday. The report suggests that the Canadian police used the master key to intercept and decrypt over 1 Million messages sent using its own encrypted and allegedly secure BlackBerry Messenger ( BBM ) service in a criminal investigation over the course of 2 years. Single Encryption Key to Protect All Customers The issue with Blackberry's security mechanism is that the company uses a single global encryption key to protect all its regular customers, though the corporate BlackBerry phones use their own encryption keys generated
Next Page 