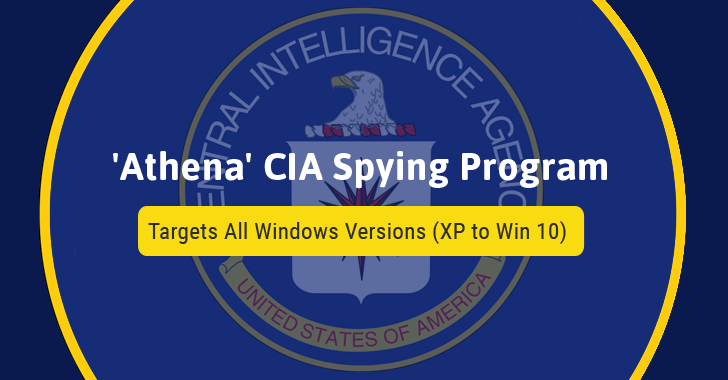 May 19, 2017Mohit Kumar
WikiLeaks has published a new batch of the ongoing Vault 7 leak , detailing a spyware framework – which "provides remote beacon and loader capabilities on target computers" – allegedly being used by the CIA that works against every version of Microsoft's Windows operating systems, from Windows XP to Windows 10. Dubbed Athena/Hera , the spyware has been designed to take full control over the infected Windows PCs remotely, allowing the agency to perform all sorts of things on the target machine, including deleting data or uploading malicious software, and stealing data and send them to CIA server. The leak, which includes a user manual of Athena, overview of the technology, and demonstration on how to use this spyware, reveals that the program has two implications: Primary: Athena for XP to Windows 10  Secondary: Hera for Windows 8 through Windows 10 According to the whistleblower organization, Athena has the ability to allow the CIA agents to modify its co
Next Page 