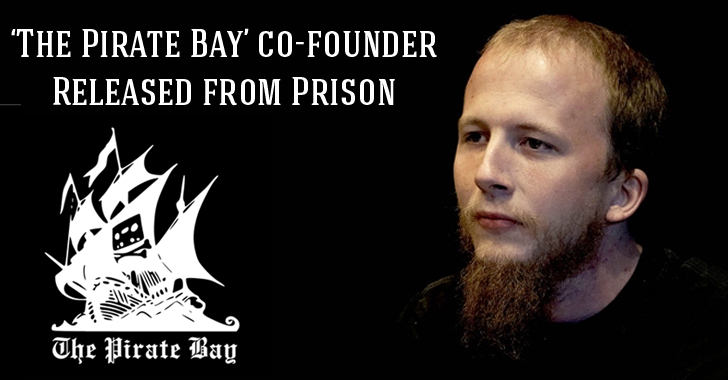 Sep 29, 2015
Gottfrid Svartholm Warg , the co-founder of the notorious file-sharing website The Pirate Bay , has been released from a Sweden prison following three years behind bars for hacking and copyright offenses. Yes, Svartholm Warg, also known as Anakata , is a free man again. Svartholm was convicted on both Swedish copyright offences and Danish hacking conspiracy connected to The Pirate Bay. The news comes just a few months after the third and last founder of Pirate Bay Fredrik Neij (also known as  TiAMO ) was released from a Swedish prison after serving his 10-month prison sentence. Svartholm has not yet made any public statements following his release from a Swedish prison on Saturday. His release was reported by Swedish newspaper Dagens Nyheter . However, the release was confirmed by Warg's mother Kristina Svartholm on Twitter . "Yes, #anakata is free now. No more need to call for #freeanakata. Thank you everyone for your important support during thes

Oct 31, 2014
The co-founder of The Pirate Bay torrent site Gottfrid Svartholm Warg (Anakata) and his 21-year-old Danish co-defendant have been found guilty by a Danish court of hacking into systems operated by American IT giant CSC and illegally downloading files. It was the biggest hacking case ever conducted in the history of Denmark . By breaking into the servers maintained by CSC, Svartholm Warg illegally accessed police email accounts and stolen email addresses and passwords of over 10,000 policemen, explored the European border control database, and downloaded millions of social security numbers belonging to Danish citizens. The initial hack attack took place for about six months. " This is the largest hacking case to date. The crime is very serious, and this must be reflected in the sentence, " Prosecutor Maria Cingali said. Gottfrid Svartholm allegedly committed the crime along with his his 21-year-old co-defendant between February and August 2012. His co-defendant 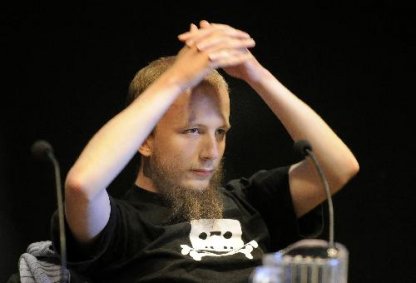 Jun 07, 2013
The Pirate Bay co-founder Gottfrid Svartholm Warg a.k.a  'Anakata' is suspected of being involved in one of Denmark's biggest hack attacks. Gottfrid was arrested in Cambodia in September 2012 and has been extradited from Cambodia to Sweden last year, charged with hacking the IBM mainframe of Logica, a Swedish IT firm that provided tax services to the Swedish government, and the IBM mainframe of the Swedish Nordea bank. Now he is suspected in another hacking case, where he and a 20-year-old Danish hacker are suspected to have obtained access to, among other things Danish social security numbers as well as business numbers. Danish suspect was arrested on Wednesday. In January, police in Sweden told colleagues in Denmark about a Danish IP address they had found during an investigation into hacker attacks against a company handling sensitive information for the Swedish tax authority. Grave cases of hacking are punishable by up to six years in prison under
Next Page 
Trending News Stories
New Wave of Ransomware Attacks Exploiting VMware Bug to Target ESXi Servers
Atlassian's Jira Service Management Found Vulnerable to Critical Vulnerability
New High-Severity Vulnerabilities Discovered in Cisco IOx and F5 BIG-IP Products
Hackers Abused Microsoft's "Verified Publisher" OAuth Apps to Breach Corporate Email Accounts
OpenSSH Releases Patch for New Pre-Auth Double Free Vulnerability
PixPirate: New Android Banking Trojan Targeting Brazilian Financial Institutions
Warning: Hackers Actively Exploiting Zero-Day in Fortra's GoAnywhere MFT
Contributed Reports
Unlock the future of cybersecurity: Get your insider's guide to cybersecurity now!
Strengthen Your Security Posture with GitGuardian - Schedule a Demo
More Resources