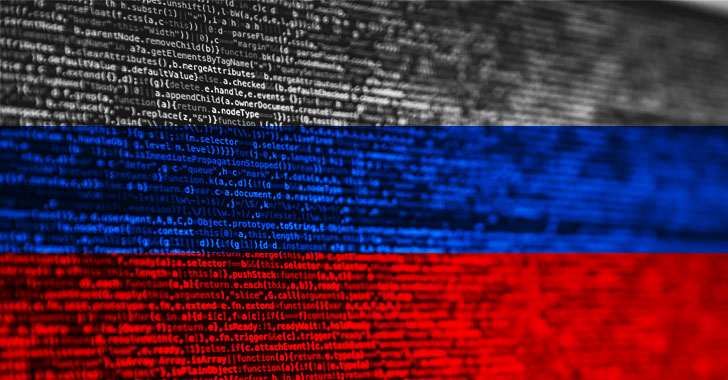 A broad range of threat actors, including Fancy Bear, Ghostwriter, and Mustang Panda, have launched phishing campaigns against Ukraine, Poland, and other European entities amid Russia's invasion of Ukraine.

Google's Threat Analysis Group (TAG) said it took down two Blogspot domains that were used by the nation-state group FancyBear (aka APT28) – which is attributed to Russia's GRU military intelligence – as a landing page for its social engineering attacks.

The disclosure comes close on the heels of an advisory from the Computer Emergency Response Team of Ukraine (CERT-UA) warning of phishing campaigns targeting Ukr.net users that involve sending messages from compromised accounts containing links to attacker-controlled credential harvesting pages.

Another cluster of threat activity concerns webmail users of Ukr.net, Yandex.ru, wp.pl, rambler.ru, meta.ua, and i.ua, who have been at the receiving end of phishing attacks by a Belarusian threat actor tracked as Ghostwriter (aka UNC1151).

The hacking group also "conducted credential phishing campaigns over the past week against Polish and Ukrainian government and military organizations," Shane Huntley, director of Google TAG, said in a report.

But it's not just Russia and Belarus who have set their sights on Ukraine and Europe. Included in the mix is a China-based threat actor known as Mustang Panda (aka TA416 or RedDelta) attempting to plant malware in "targeted European entities with lures related to the Ukrainian invasion."

The findings were also separately corroborated by enterprise security firm Proofpoint, which detailed a multi-year TA416 campaign against diplomatic entities in Europe starting in early November 2021, counting an "individual involved in refugee and migrant services" on February 28, 2022.

The infection sequence entailed embedding a malicious URL in a phishing message using a compromised email address of a diplomat from a European NATO country, which, when clicked, delivered an archive file incorporating a dropper that, in turn, downloaded a decoy document to retrieve the final-stage PlugX malware.

The disclosures come as a deluge of distributed denial-of-service (DDoS) attacks have bombarded numerous Ukraine sites, such as those associated with the Ministry of Defense, Foreign Affairs, Internal Affairs, and services like Liveuamap.

"Russian hackers keep on attacking Ukrainian information resources nonstop," the State Service of Special Communications and Information Protection of Ukraine (SSSCIP) said in a tweet over the weekend.

"The most powerful [DDoS] attacks exceeded 100 Gbps at their peak. Despite all the involved enemy's resources, the sites of the central governmental bodies are available."

In a related development, the Anonymous hacking collective claimed that it took down the website of the Federal Security Service of Russia and that it interrupted the live feeds for several Russian TV channels and streaming services like Wink, Ivi, Russia 24, Channel One, and Moscow 24 to broadcast war footage from Ukraine.

The wave of counterattacks against Russia has been galvanized by the formation of an IT Army, a crowdsourced Ukrainian government initiative that's relying on digital warfare to disrupt Russian government and military targets.

The development also follows Russia's decision to ban Facebook and throttle other widely-used social media platforms in the country just as technology companies from the U.S. have moved to sever ties with Russia, effectively creating an iron curtain and curtailing online access.