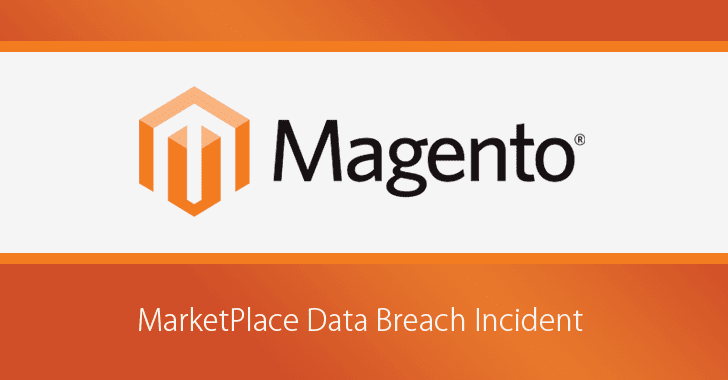 If you have ever registered an account with the official Magento marketplace to bought or sold any extension, plugin, or e-commerce website theme, you must change your password immediately.

According to the company, the hacker exploited an undisclosed vulnerability in its marketplace website that allowed him to gain unauthorized third-party access to the database of registered users — both customers (buyers) as well as the developers (sellers).

While Adobe didn't reveal or might don't know when the Magento marketplace was compromised, the company did confirm that its security team discovered the breach last week on November 21.


Besides this, the company also assured that the hackers were not able to compromise Magento's core product and services, which suggests that themes and plugins hosted on the Marketplace were not accessed to add any backdoor or malicious code and are safe to download.

"On November 21, we became aware of a vulnerability related to Magento Marketplace. We temporarily took down the Magento Marketplace in order to address the issue. The Marketplace is back online. This issue did not affect the operation of any Magento core products or services," said Jason Woosley, VP of Commerce Product and Platform at Adobe.

While the company also didn't reveal the total number of affected users and developers, it has started notifying the affected customers via email.

Though Adobe hasn't explicitly mentioned that the account passwords were also leaked, users are still recommended to change it, and do the same for any other website where you are using the same password.