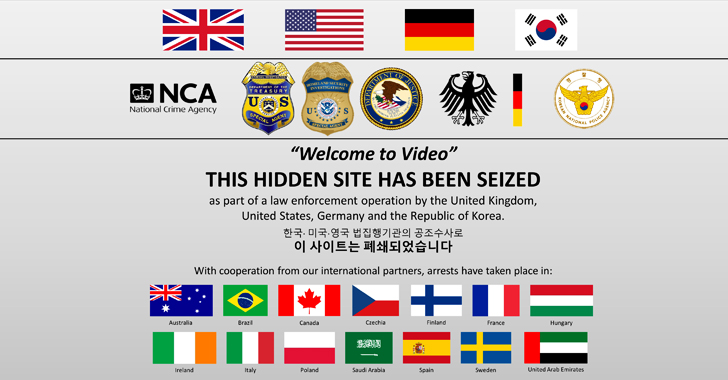 With an international coalition of law enforcement agencies, federal officials have arrested the administrator of the child sexual abuse site, 23-year-old Jong Woo Son of South Korea, along with 337 suspects who have been charged for allegedly using the site.

The site in question is "Welcome to Video," which operated from June 2015 until March 2018 and hosted over 250,000 sexual exploitation videos of children, toddlers, and infants, which comprised of roughly over 8TB of data.

According to a press release published by DoJ, the Welcome to Video site hosted more than 250,000 unique videos, and almost 45 percent of the videos contain new images that have not been previously known to exist.

The operation also resulted in the rescue of at least 23 children residing in the United States, Spain, and the United Kingdom, who were being actively abused by the users of the Welcome to Video site, which operated on the encrypted Tor network.


Merely reviewing the HTML source code of the site in the browser revealed the original IP addresses of the server on which the site was hosted.

The IP addresses were then traced back to a server located inside the bedroom of the site admin Jong Woo Son's house in South Korea. 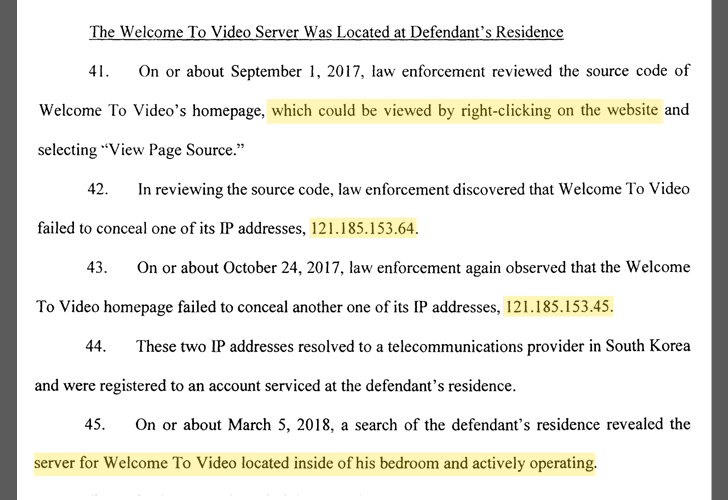 The analysis of the seized server revealed more than one million unique bitcoin addresses that were used to receive payments from visitors, indicating that the website had the capacity for at least one million users.

The United States issued a warrant for Son's arrest in February 2018. Federal authorities in South Korea then arrested him on March 5, 2018, and seized the server used to operate Welcome To Video.

Though Son is currently serving an 18-month sentence in South Korea, a federal grand jury in Washington DC unsealed a 9-count indictment against him just yesterday, with the U.S. authorities seeking his extradition to face justice.

"Darknet sites that profit from the sexual exploitation of children are among the most vile and reprehensible forms of criminal behavior," said Assistant Attorney General Brian A. Benczkowski of the Justice Department's Criminal Division.


"This Administration will not allow child predators to use lawless online spaces as a shield. Today's announcement demonstrates that the Department of Justice remains firmly committed to working closely with our partners in South Korea and around the world to rescue child victims and bring to justice the perpetrators of these abhorrent crimes."

"Welcome To Video offered these videos for sale using the cryptocurrency bitcoin. Typically, sites of this kind give users a forum to trade in these depictions. This Darknet website is among the first of its kind to monetize child exploitation videos using bitcoin," the press release reads.


During the 3 years of its operation, the site received at least 420 BTC, equivalent to $370,000 at the time when the site was taken down, through at least 7300 transactions.